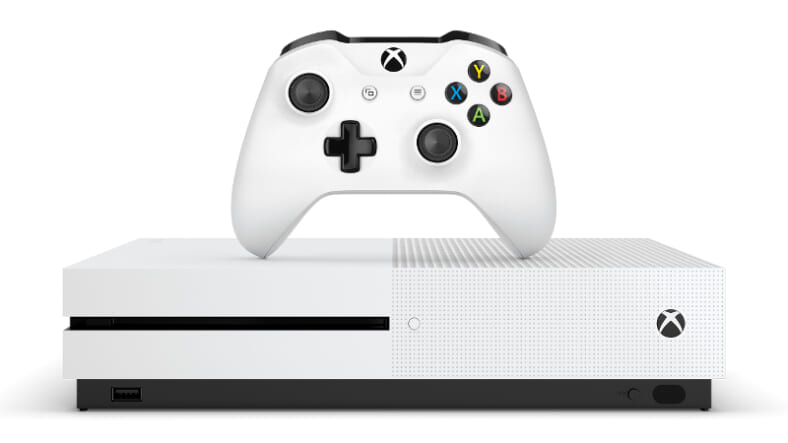 On Monday, Microsoft announced that the 2TB version of its highly anticipated Xbox One S (already available for pre-order at $399) will hit store shelves “in limited quantities” in just a couple of weeks on August 2nd.In addition to being 40% more svelte than the original Xbox One, the S will offer greatly enhanced graphics, with support for 4K Ultra-High Def Blu-ray with High Dynamic Range.It’ll launch in the United States, Canada, United Kingdom, Australia, New Zealand, and 21 markets throughout Europe, complete with a newly redesigned wireless controller (normally $60).

Microsoft will also be releasing the One S in 1TB and 500GB versions, respectively for $349 and $299. Although neither will come with the snazzy vertical stand like the 2TB model, they’ll both offer the same great gameplay.Stay tuned for details on the timing.