…and save your battery in the process. 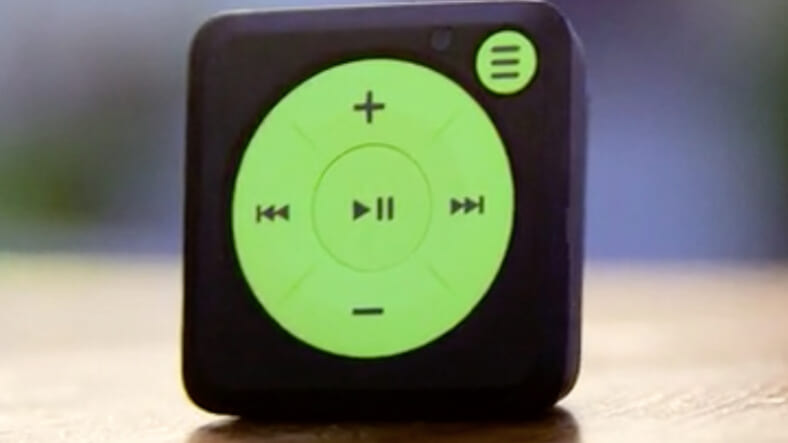 Until now, Spotify Premium users have been chained to their phones. But Mighty Audio plans to break those chains. Their tough, highly mobile device can play music both streaming and offline.Recently doubled to 4 GB of storage, it’s got plenty of space for your favorite playlists and tracks. You synch them up through the Android or iOS app. Then just connect your wired or wireless buds of choice. And you’re ready to go, without having to lug around your bulky, fragile, power-hungry smartphone.

This Kickstarter campaign is about 90% of the way to its goal. Your $79 pledge will get them that much closer and you one Mighty when it (ideally) ships eight months from now.In the meantime, if you’re planning to be in Austin for SXSW, they’ll be hosting a meetup on Sunday the 13th to show off the latest prototype and give away some swag.