“They’re probably reading your mind through your underwear.” 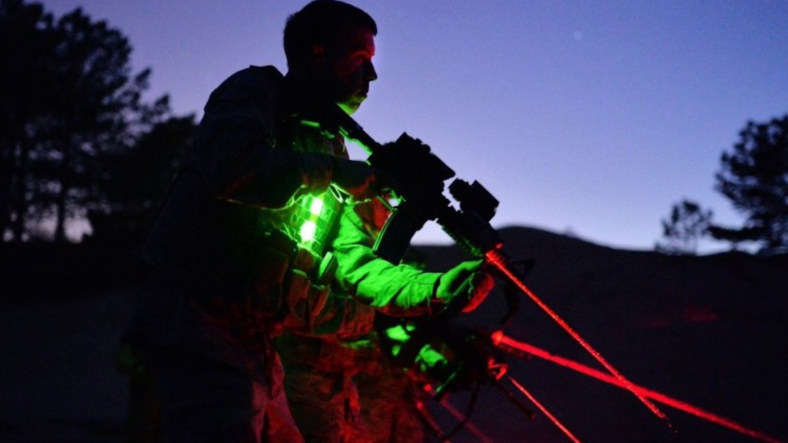 The U.S. military has been developing lasers for all sorts of fascinating uses and this may be the most intriguing yet. MIT’s Technology Review recently reported that new infrared laser prototype can pinpoint an individual’s heartbeat from more than 600 feet away.

That cardiac signature is so distinctive and the device so sensitive that when conditions are right, it can positively identify the heartbeat’s owner with 95 percent accuracy.

This is the shit they’re TELLING us about. Imagine what they’re keeping secret. They’re probably reading your mind through your underwear.

It sounds cool when you first read about it, then, like Joe Rogan did in his Instagram post above, you actually think about what this could mean.

Rogan posted a screenshot of the MIT article and in his caption wrote “This is the shit they’re TELLING us about. Imagine what they’re keeping secret. They’re probably reading your mind through your underwear.”

Well, the tech we know about isn’t quite that good. This device, which was designed by Ideal Innovations Inc. and dubbed “Jetson,” has its limits.

For one thing, it can’t penetrate clothing, especially the dense kinds of fabric used on battlefields. Another limitation: it’s not like there’s a database of cardiac signatures out there to compare to. Also it wouldn’t be useful with a moving target.

So in the end, this particular laser might be more useful as just one element in a whole set of data the military could use to identify soldiers on a battlefield.

It’s obviously a lot less deadly than other military lasers, but it could definitely be a new kind of danger to combatants–a special ops soldier could grow a beard, for example, wear local native gear, but one thing you can’t change is your heartbeat.