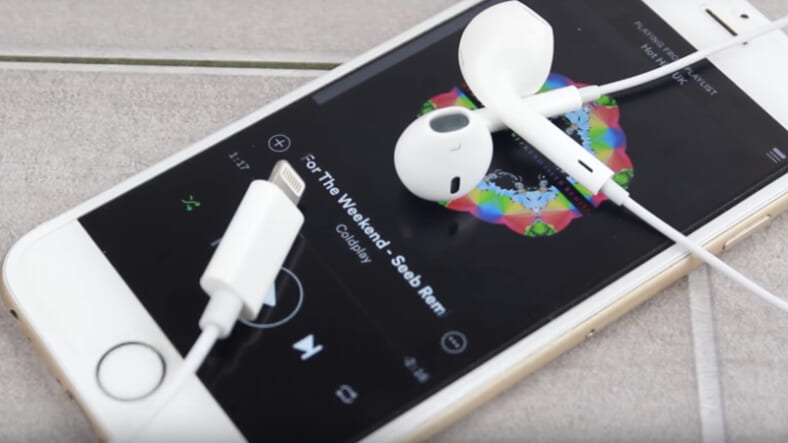 The folks over at Mobile Fun—a UK-based mobile accessories shop—appear to have gotten their hands on what may be a bona fide set of Apple EarPods designed for the upcoming iPhone 7, with a Lightning connector instead of the standard audio jack.So they posted a video showing them in action. Yes, other than the alternate connector type, they looked pretty identical to the standard issue Apple earbuds you know and hate. And yes, they appeared to be fully functional, able to pause and skip tracks or adjust the volume from the inline remote.But an outcry of people who have nothing better to do than outcry about rumored audio accessories ensued, positing that the video was a fake because it showed close-ups instead of the earphones entirely in any one shot.That’s why they released this video, which shows them in all their glory:

So there you have it. They exist. But that still doesn’t answer a few questions. Namely: Will this iPhone come with these same (or similar) earbuds, just an audio jack adapter or neither? And will folks be expected to charge their devices through some sort of wireless charger when earbuds are plugged in?Based on the amount of harsh comments we’ve read online, Apple’s gonna have to pull off a bit of magic to quell all the fears and apprehensions about this design choice.So we’ll be on the lookout for smart accessory makers that take advantage of the fact that the Lightning connector can power earphones with features such as active noise cancellation.

But in the meantime, we’ll stick with our stellar 24-bit Audeze Sine headphones with a Lightning connector. They’re the wired future iPhone audio accessory to beat.