The new $5 billion subs are the epitome of expensive, silent and deadly. 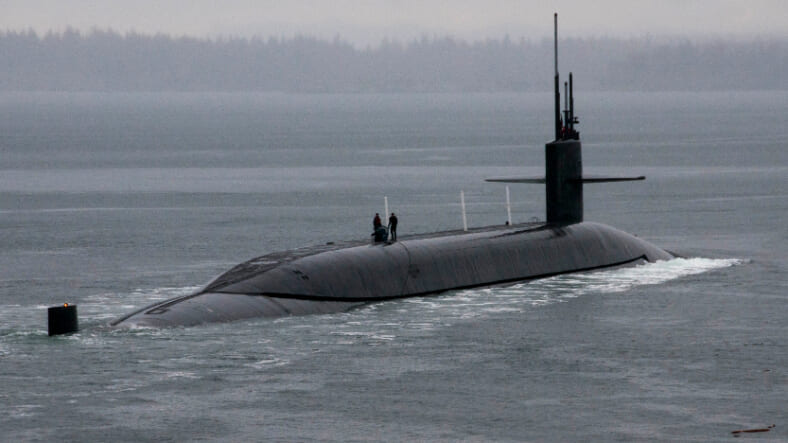 The fact that the United States currently has 14 Ohio-class ballistic missile submarines trolling unknown waters just waiting to initiate a nuclear counterstrike against anyone foolish enough to fuck with us is one good reason why nations don’t. And the Navy’s executing a program to replace these powerful, stealthy vessels—known as SSBNs or “boomers”—with even more advanced subs.

The key to its survivability and effectiveness will be an electric-drive propulsion train, making it quieter than its mechanically-driven predecessors. Also, as opposed to requiring a lengthy 4-year midlife nuclear refueling and overhaul process, these new SSBN(X) models will only need a 2-year overhaul, since their nuclear cores will be designed to last throughout their entire 42-year tenure.Another ramification of this lifelong fuel supply is that a smaller fleet of these submarines—only a dozen—will be able to do the same job, since their time out of the water will be shorter.Each SSBN(X) will be equipped with sixteen 87-inch wide tubes to launch missiles carrying multiple nuclear warheads each more powerful than what was dropped on Hiroshima at the end of World War II.

These Ohio replacements will be procured by the Navy over a 14-year span starting in 2021 and actually go into service starting in 2030, by which point several of the original SSBNs will have been decommissioned.The total cost for this program will be nearly $100 billion, including $11.8 billion in research and development and another $84 billion for the subs themselves. After the first (and traditionally most expensive) one is procured for $14.5 billion, the Navy hopes to get the cost of the others down just below $5 billion each. Not a bad price to pay for “strategic nuclear deterrence.”