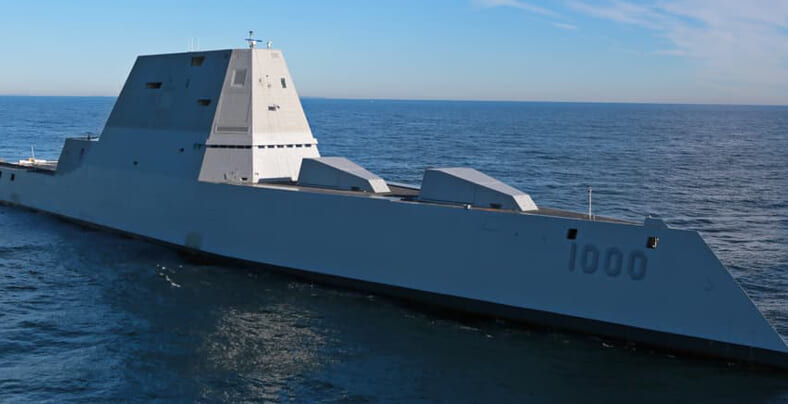 In continuing its second round of sea testing, the U.S. Navy has begun putting reflectors on the future USS Zumwalt, much for the same reason a cat owner places a bell on his pet when it ventures outside. Except instead of a little kitty, this is a multi-billion dollar, 610-foot long destroyer with supersonic railguns; and rather than giving fair warning to birds, mice and various neighborhood creatures, in this case it’s to various civilian boats.Without the reflective metal cylinders (or “bells,” to continue the metaphor) hoisted on its halyard, it’s possible that the Zumwalt’s stealthily reverse-sloping and angular hull could help it to appear on radar screens like a tiny fishing boat a twelfth its size, as a Maine lobsterman reported to the Associated Press after a real-life run-in.

Following more sea trials, the Navy plans to commission their pride and joy this fall in Baltimore, before making it fully operational in 2018.