We’ll be right there, Princess! 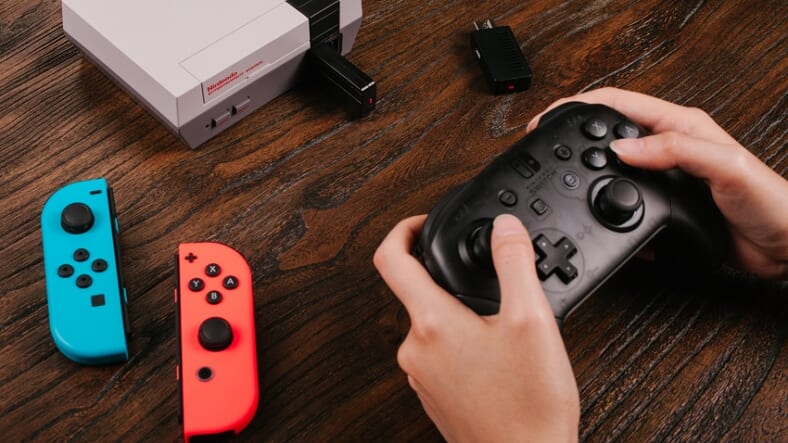 Retro gaming masters 8bitdo want to make it as easy as possible for Nintendo fans and NES Classic owners to game to their heart’s content. In adding wireless compatibility for both Nintendo Switch Joy-Cons as well as the Pro controller, they’ve done just that.

This is a savvy move that makes sure the beloved Classic Edition won’t get left behind—and the Joy-Cons, already part of a highly versatile and popular system—are more useful than ever.

8bitdo will release the firmware update that will bring all this gear together Wednesday. Photos released by the company make it pretty clear how easy this will make it to pick up just about any controller at hand and play.

Many companies want to keep selling users new gear, but there’s a growing trend toward working in cross-compatibility whenever possible. This is an excellent example and a nice instance of a retailer responding to user wishes.

You know you want to set this up now, so head to 8bitdo’s website and get the firmware update ASAP.