You won’t miss movie theaters with this cinema-quality powerhouse. 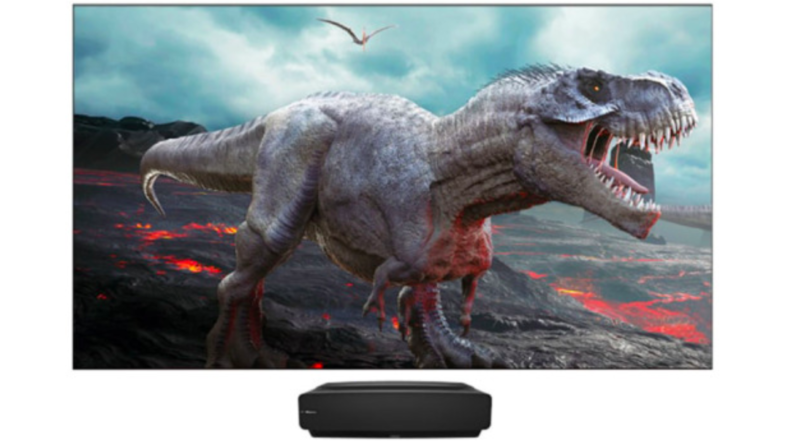 Hisense is hitting the wide-open market for home entertainment extras sweet spot with its latest, a laser projector that comes with its own 100-inch screen.

The L5 Laser TV, now available to US consumers, is a fascinating piece of home tech as it manages to pack crystalline 4K images into a very short, compact beam. You can position it less than one foot from the projection surface.

The L5 has some absolutely killer specs:

About that “short-throw” projection ability: An L5 Laser TV only needs 11.4 inches to blast its 100-inch images on a screen or wall. This cuts way down on setup needs. Nothing to mount on the wall or ceiling, just a spot to park it.

Hisense’s L5 smart laser projector can be purchased on Amazon and from select outlets. It retails for $4,000.