Plus five other essential facts about the tiny 8-bit wonder. 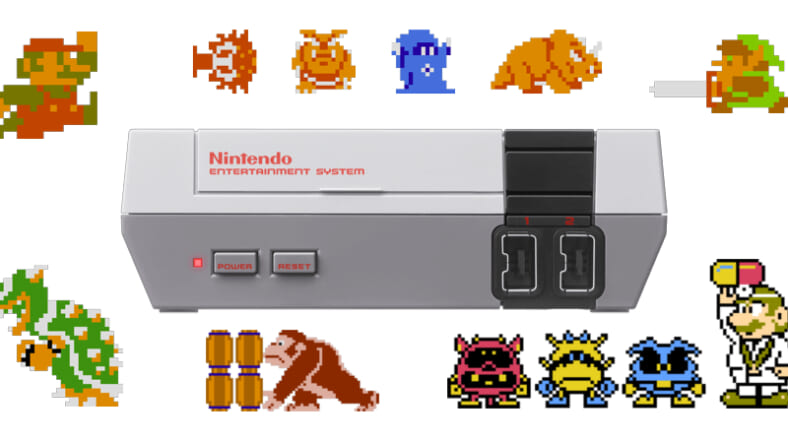 Based on the legions of old-school gaming fans who took an interest in the NES Classic Edition (a.k.a. Nintendo Classic Mini: NES) that we posted about last week, we thought a few clarifications are in order.1. The system only plays its 30 pre-installed games. According to a report from gaming site Kotaku, that “Chamber Lid” doesn’t actually open. Even if it did, your original cartridges wouldn’t fit. And Nintendo’s not planning to make special new cartridges that would fit.2. It won’t connect to the Internet. Or for that matter, any external storage devices. So that’s it, it’s not expandable. Those 30 games it’ll launch with in November are all you’ll ever get (and perhaps need) with it.3. Yes, you can play Virtual Console NES games; just not on this. As we mentioned last week, you can play simulated games on a Wii or Wii U console by connecting the NES Classic Controller that comes with this system to a Wii Remote Controller.

4. Yes, the included game controller is full-size. Thankfully, since they didn’t shrink it down to scale with the Mini NES, your hands (and not those of a 3-month old) will still fit perfectly around its boxy, non-ergonomic, fully wired goodness.5. No, your original NES controllers and accessories won’t work with it. As reported by Engadget, this system uses different connectors. But on the bright side, you can use a Wii console’s Classic Controller or Classic Controller Pro with it. And if you don’t have one of those, additional NES Classic Controllers are just ten bucks. So it’s a pretty low barrier to thrilling 2P action.6. Yes, it comes with an AC adapter and HDMI cable. So you can power it on and connect it right to your high-def TV. It’s meant to be just that simple.

Okay, the game limitation is kind of a bummer. But then again, you might’ve been drooling over getting this thing just for one or two of the games anyway.And after all, when you consider that this whole system costs less than a single original NES game did (adjusted for inflation), getting two and a half dozen of ’em for only sixty bucks is a helluva deal.