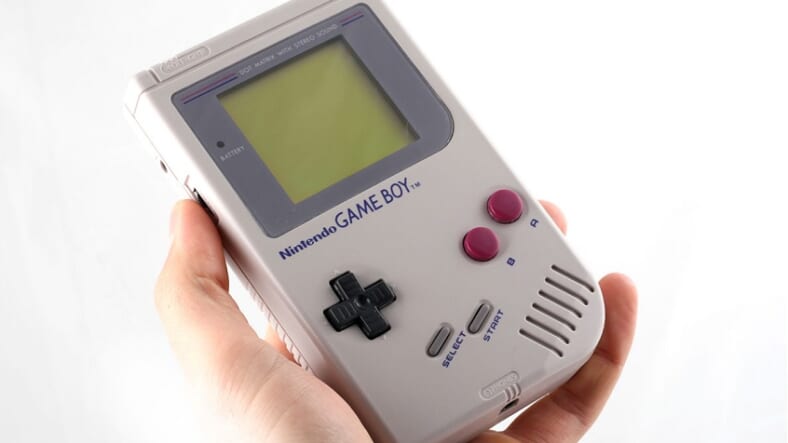 Nintendo‘s Game Boy is old enough to settle down and start a family. Seriously, the handheld gaming device was first released in Japan on April 21, 1989–making it officially 30 years old.

That doesn’t mean the original consoles are ready for evaluation on the Antiques Road Show; they’re vintage items at best. Still, three decades of palm-friendly gaming fun is nothing to sneeze at.

Hard to remember now, but the Game Boy was a phenomenon at the time. Gamers were coming out of the age of the arcade and while handheld games weren’t actually new, this was probably the first to have all the bells and whistles: stereo sound, fairly sophisticated graphics for the time, and absorbing new games like Super Mario Land and Tetris.

Nintendo basically hit it out of the park, marketing-wise, precisely targeting not just kids but the young adults who’d spent thousands of hours in those arcades playing Pac-Man and Galaga.

Games and game characters that are pop culture mainstays still today launched on the Game Boy.

Case in point: Pikachu. Had Nintendo not introduced Game Boy addicts to Pokemon Red and Blue in the mid-1990s, we wouldn’t have a movie like Ryan Reynolds‘ Detective Pikachu today.

It’s hard to grasp if you’re of a certain age, but gaming console you coveted back in the day marks a specific moment in history now, when developers and manufacturers got serious about making sure games were eminently playable and extensible, and making sure they lasted.

We might as well be talking about the first color TV, if you think about it.

As for the Game Boy, if you feel like wallowing in that nostalgia, hit up Amazon for the new iterations or even eBay for the old school, if you’re willing to risk it.

Or you can just get that same old thrill by decking out your iPhone with a Game Boy case. Appreciate history with some rounds of Tetris today.