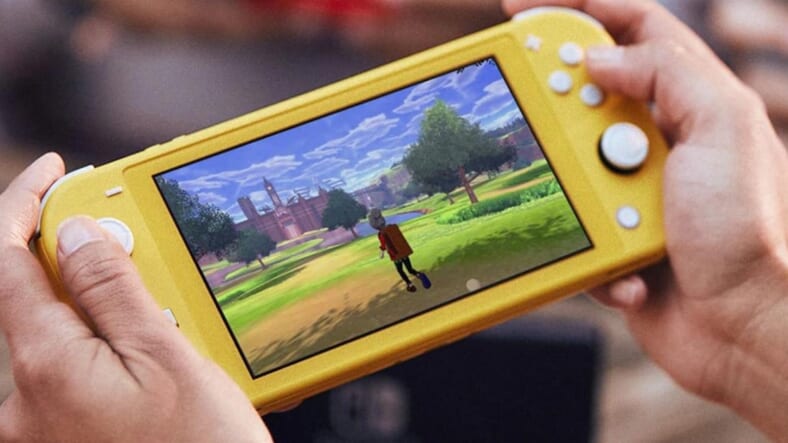 Nintendo’s latest release isn’t a Switch 2.0, but a much smaller and cheaper alternative to the original tablet/console hybrid.

The Nintendo Switch Lite was announced this week in the video above with a price tag of just $200. It’ll be the cheapest video game console on the market at launch this fall.

That $100 price cut from the Standard Switch comes with a  proportional loss of features. It can’t connect to a TV, there isn’t a HD Rumble vibration unit or motion-capture camera, and the Joy-Con controllers are fixed.

Screen size is also 5.5 inches, down from 6.2 inches. But because resolution remains the same, images will look sharper.

Nintendo Switch Lite is an affordable an handheld only gaming system that will be available in three color configurations, releasing on 9/20 for $199.99.

A Pokémon themed version of the Nintendo Switch Lite will be available on November 8th. pic.twitter.com/22UXy3Rrkj

Engadget has further details on the benefits of a smaller display and how  multiplayer functionality will be affected:

Nintendo says the Switch Lite will last approximately 3-7 hours, which is roughly 30 minutes longer than the OG Switch. Perhaps more notably, Nintendo is saying you’ll get four hours of Zelda playtime instead of three, which suggests a more efficient processor setup, especially for more power-intensive gamesAccording to on-staff pixel nerds, it should work out roughly a 12 percent improvement in pixel density.Will multiplayer Switch battles now require standalone consoles? Apparently not: wireless controllers will connect to the Switch Lite, although you’ll need a different method to recharge any extra Joy-Cons. Gesture-controlled games could also be a challenge without a TV connection.

The Switch Lite will also be compatible with all games that don’t require the IR motion camera, which is pretty much all of them.

Pokemon fans will also be pumped to learn that themed “Zacian” and “Zamazenta” editions of the handheld with are arriving on November 8, a week before the release of Pokemon Shield and Pokemon Sword.

Available in yellow, gray or turquoise, the Nintendo Switch Lite drops on September 20.