At least that’s the idea behind this magical speed-aging time machine. 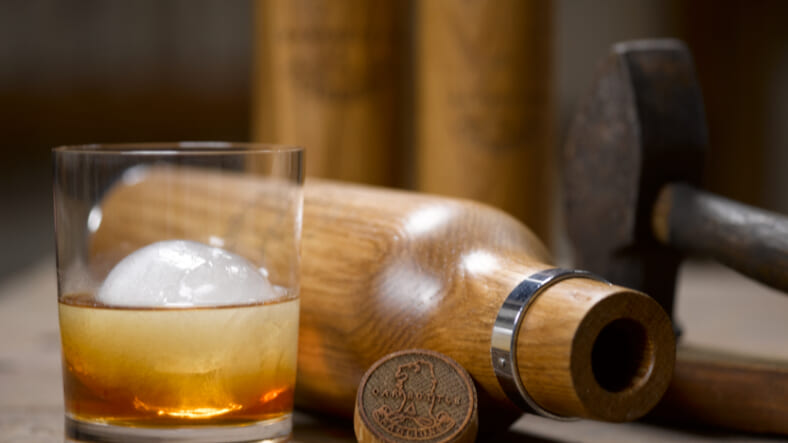 We live for speed. But we’re not just satisfied by going fast. We actually want to cheat the laws of physics by making time-intensive processes quicker too. So our clothing, photos and furniture—just created—take on a vintage look. But what about when it comes to wine and spirits, where actual aging is everything?The Oak Bottle purports to greatly reduce the amount of time alcohol needs to mature, from months or years down to a matter of hours. Given its lifecycle of 50 to 60 uses, using this wooden vessel seems like a better way than buying more expensive stuff off the shelf, especially if you drink a lot.Although the makers of the bottle did their own testing, this video shows an independent tasting by a couple of Gawker Media employees:

The Oak Bottle is available in three sizes: Original (750ml, $80), Mini (355ml, $60), and Micro (150ml, $40). For an extra $10, the Original can be infused with citrus, smoke, cinnamon, coffee or any of four other flavors. Or if you’re really into tats, you may want to go for the fancy (large but unflavored) laser-engraved LUX version for $170.According to Oakbottle’s own testing, the Mini version was the most successful at infusing flavor, which they attribute to its ratio of surface area to volume. Or in English, more oak is touching more booze at the same time. And that’s what the magical business of speed aging is all about.