With input from a professional colorist and booming Dolby sound, you may never go to a real theater again. 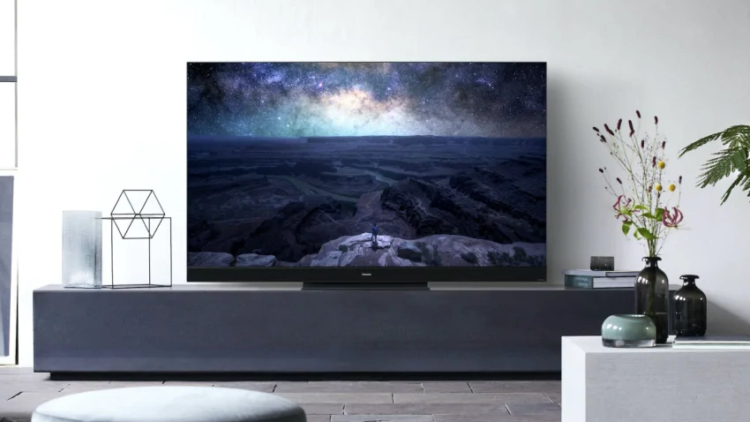 Hollywood has long treated TV and movies as entirely separate mediums but companies like Netflix on the media side and Panasonic on the electronics side appear to be making an effort to merge the two.

That’s at least one way to interpret the introduction of Panasonic’s new HZ2000, the first OLED display designed to work with both Dolby Vision IQ and Filmmaker Mode.

Panasonic announced the new TV on January 6th and said in a release that it would come in two sizes: 65 and 55-inch screens, both with a custom-made Master HDR OLED Professional Edition panel holding “custom hardware improvements by Panasonic.”

Here’s the Hollywood part—a professional movie colorist has had a huge role in this TV’s design. From Panasonic’s press release:

The new HZ2000 OLED represents the combination of Panasonic’s technical accuracy made possible by Japanese knowhow and engineering with the colour-tuning skills of Stefan Sonnenfeld.Stefan Sonnenfeld, Founder and CEO of Company 3, is a trusted collaborator of some of the world’s best filmmakers. Sonnenfeld is among a handful of leading artists who has championed the power of color grading to tell stories and communicate emotion. Described by NPR as a “da Vinci of the movies,” Sonnenfeld has applied his skills as a colorist to many of the most acclaimed and popular features of the past decade: A Star is Born, Wonder Woman, Man of Steel, Beauty and the Beast, Star Wars: The Force Awakens, Jurassic World, 300 and many more.

Sonnenfeld helped Panasonic create “some of the most accurate, cinematic images ever seen on a TV,” according to the release.

It’s not just about images, obviously. For cinema-quality sound, the HZ2000 has Panasonic’s top hi-fi television audio system in 360° Soundscape Pro, which is constructed with upward-directed speakers to create a truly immersive Dolby Atmos experience.

A What Hi-Fi review of the 2020 Panasonic HZ2000 OLED TV said that while the rather plainly-designed large flat screen “may not be the most aesthetically pleasing top-tier TV out there,” it “looks well set to continue the company’s fine OLED form. And that sounds very exciting indeed.”

The HZ2000 is a successor to Panasonic’s GZ2000 and has many of the same features. The previous model cost in the neighborhood of $3,900 USD. Price isn’t available yet, but it’s a good bet that it will be similar when it is on the market sometime in the summer of 2020.