This Crazily Bejeweled Antique Pistol Is Probably Worth Millions

In case you’re in the market for bullet-worthy bling. 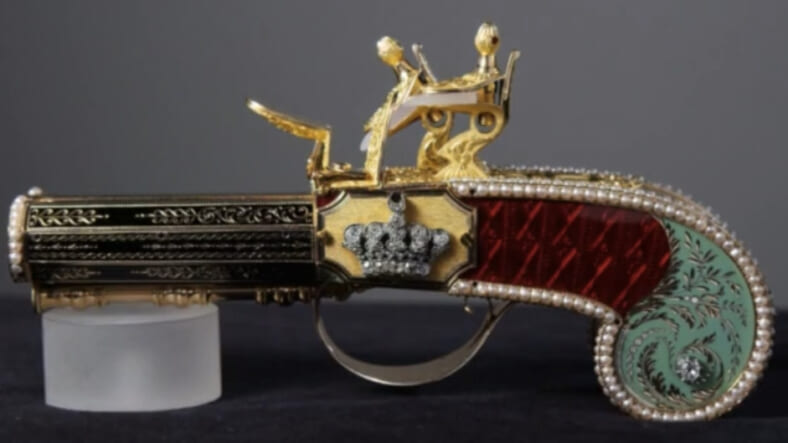 This 200-year old jewel-encrusted pistol is probably the last thing you’d want to bring to a duel. It’s obviously very delicate, probably worth more than your life and…well, this video reveals what it’s meant to do.

The Pistol and its Songbird from Parmigiani Fleurier on Vimeo.

Originally crafted by the Rochat Brothers in the 1800s, the outrageously ornate knickknack was recently restored by high-end Swiss watchmakers Parmigiani Fleurier. From completely disassembling it to sketches and 3-D renderings, this 2-minute video gives a glimpse into the incredibly painstaking process they undertook.Although it’s not clear whether PF plans to sell their labor of love, to give an idea of its value, the only known matching set of Rochat songbird pistols sold five years ago at Christie’s for almost six million dollars.That officially makes these devices the most costly, intricate and stylish way to flip someone the bird.