The Pocket Hammer is a slingshot on steroids. 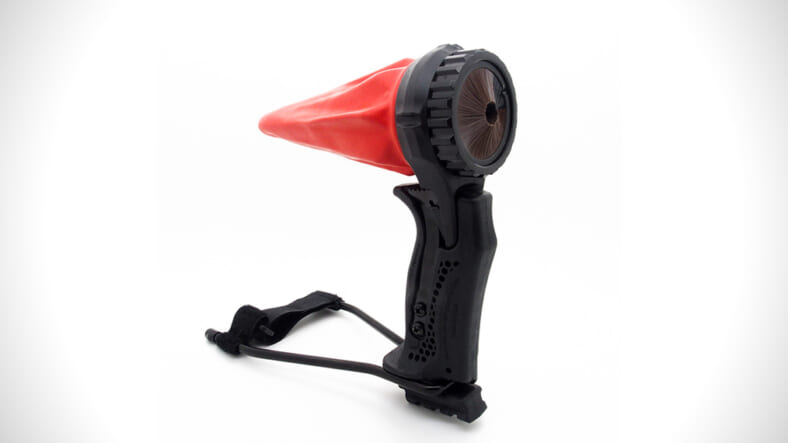 With all of the great firearms, bows, and compressed air guns available, the typical outdoorsman probably wouldn’t spring for a slingshot as their weapon of choice. But they also probably haven’t seen “The Pocket Hammer”, either.

A variation of The Pocket Shot, which uses a patented circular design and stretchable pouch to shoot projectiles at two to three times the rate of your average slingshot, The Pocket Hammer adds a stabilizing grip, allowing users to shoot off steel slugs and even arrows at up to 350 feet per second.

The slingshot’s website claims it’s “perfect for hunters,” which is true—if you’re talking squirrels, rabbits and other small varmints at a range of, like, 10 yards.

However, it can definitely fuck up a can of shaving cream when loaded with arrows using the proper pouch.

And using the latex Pro Pouch, a can of soda is no match for a 1/4 inch steel projectile.

What about a stealth shot? No problem!

If you’re dying to pick up a seriously beefed-up version of every kid’s first weapon, you can buy the The Pocket Hammer with all of the attachments for $99 through their website.