It even acts drunk! 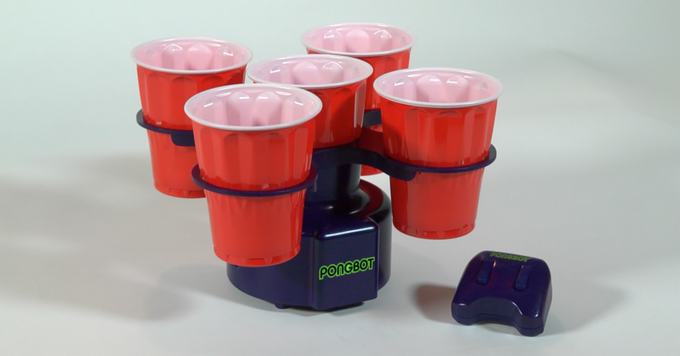 Do you love playing beer pong, but don’t have any friends? Then have we got the gizmo for you!

The Pongbot gives the game of beer pong a wholly unnecessary upgrade by allowing users to play against an autonomous, edge-sensing robot instead of a person.

Turn it on, drop it on a table, and shoot your shot as the roomba-like device randomly spins, jukes, and changes direction.

According to the company’s website, the Pongbot “makes beer pong more fun, more exciting and a lot more challenging!” We definitely believe the “more challenging” part considering it isn’t subject to the intoxicating effects of alcohol. Plus, it moves!

A “manual mode” adds yet another totally unnecessary twist by allow a friend to take control. If you really want to party with it, use the five-cup caddie and race to three against an opponent.

Orrr you could just get a long table and some red solo cups.