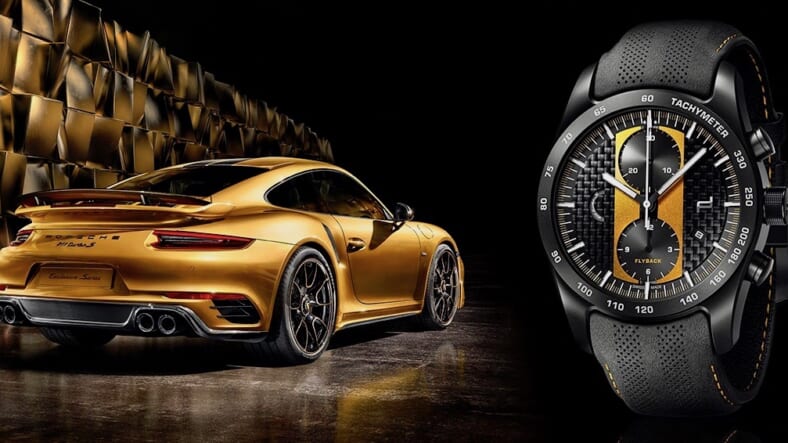 The mechanics of racing cars and intricacies of watchmaking beautifully collide in three new releases from Porsche Design.

Like parking a shining new Porsche 911 in your driveway, all of these timepieces will put a dent in your bank account. All retail for over $10,000 so consider yourself warned.

In lie of a classic stop function, all offerings from the MONOBLOC Actuator Collection feature a single rocker that is integrated inside the case. Porsche Design claims this function, which is inspired by the engine of the new new Porsche 911 RSR, offers “precision and performance at the highest level.”

Being part of a select club has its perks, such as a carbon-steel dial and the new Porsche Design Caliber Werk 01.200 in-house movement.

Check out the Porsche Design website for more racy options.