For extreme ballers only. 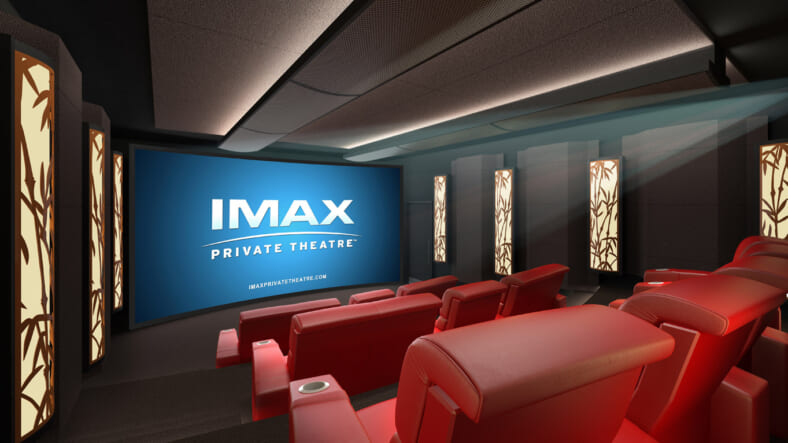 Home theaters just don’t cut it for some people, which is why you can get your own private IMAX theater installed right at home…for a decidedly pricy $500,000.

According to Robb Report, one anonymous couple spent 18 months installing the IMAX Private Theater Palais package in their Los Angeles home to bring movie night to the next level.

The theater is 36-feet deep and 19-feet wide, and has nine seats plus five more behind the bar in the back of the room.

The specifications of the package as described by the IMAX Private Theater website are:

“It’s a wonderful escape and showcase for the home,” the couple told Robb Report. “And we love sharing it with friends and family. It’s made for some fantastic Game of Thrones viewing parties. It’s fair to say that we’ve become quite spoiled.”

Want one for yourself? Once you set aside half a million dollars (or more, depending on what package you want), you can check out one of two private IMAX showrooms in America in West Coast HQ in Playa Vista and at 520 West 28th Street.