This Razor-Thin Phone Is the Size of a Credit Card 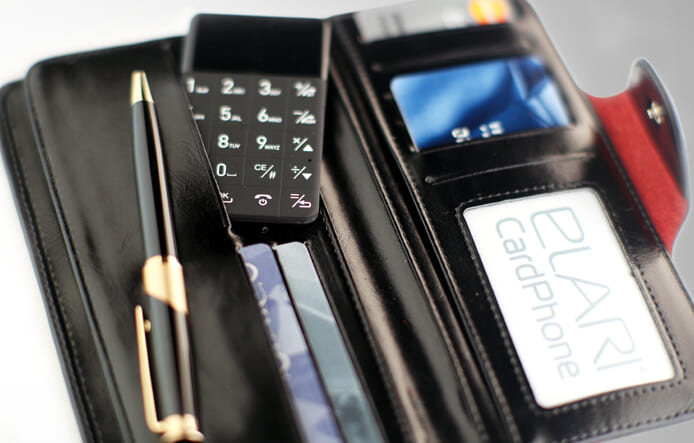 If the next generation iPhone loses a millimeter (about 14%) of its thickness, Latvia‘s little Elari CardPhone will still be slimmer — and much smaller. In fact, one of its accessories allows it to store right in the back of an iPhone case.Billed as an “anti-smartphone,” it can work — much as a smartwatch — in tandem with any smartphone via Bluetooth, acting as a handset and delivering notifications.But this 1.5-ounce, wallet-friendly quad band phone — which looks strikingly like a simple pocket calculator — hides its own micro-SIM card, so it can also act as a phone on its own. As suggested in the video below, it could be a good first phone for kids or a second phone for business travelers and emergencies.

They’re currently taking pre-orders on their site. Put your name on the list and for no money down, you can lock in the almost suspiciously low price of sixty euros (around $66). They don’t specify a target delivery timeframe, but 2016 seems like a fairly safe bet. Hey, if nothing else, this EDC actually does have that calculator function, right?