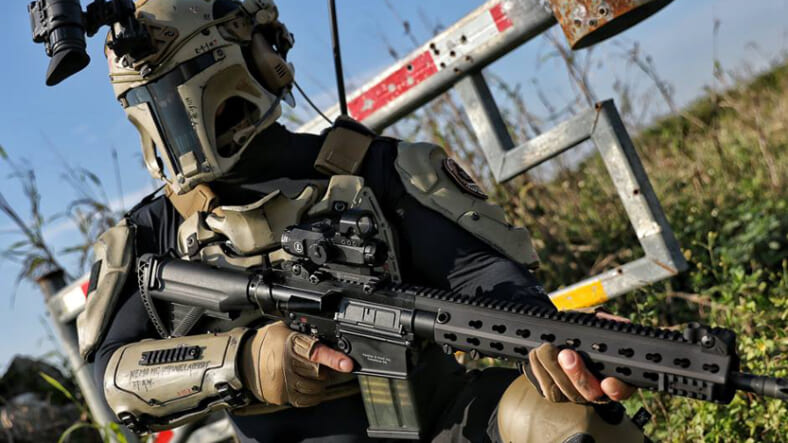 As a soldier of fortune trying to apprehend smarmy smugglers across the universe, you have to expect that at some point someone’s gonna take a shot back at you. Protecting yourself in those cases must’ve been what AR500 Armor was thinking when they released these images of Boba Fett-inspired armor on their Facebook page.Might it turn into an actual product you can buy? More importantly, would it come with the requisite jet pack? That’d sure sell us on it.

In the meantime, if you wanna see it in person, head over to the SHOT (Shooting Hunting and Outdoor Trade) show going on now through Friday in Vegas. They’ll be at Booth 6605.Maybe you’ll even get a chance to try it on. At least ask. Hey, it’s worth a shot, right?