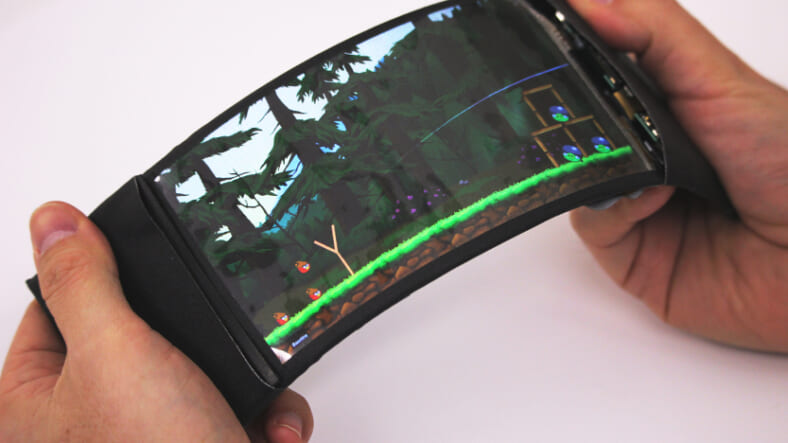 The first thing that jumps to mind when discussing the possibility of a truly flexible phone is that you can finally avoid shelling out hard-earned cash every time you shatter your screen. (Hey, it happens.)But there’s more to the innovative ReFlex phone that researchers from Queen’s University’s Human Media Lab unveiled earlier this week at the TEI16 conference in The Netherlands. They’ve designed that bending as a tactile way of interacting with your phone. In other words, if you’re reading an ebook, it’s how you flip the pages; and if you’re slingshotting a bird at junk in a popular game, it’s how you feel the tension in the rubber band.

This prototype uses a 720p LG OLED display and runs Android. So it’ll do all the apps and calling and texting you’re used to. And no, it won’t break when you slip it into your pocket. (Although this one looks a little large for the average pocket.)Much as the flexible E Ink Wove band plans to turn smartwatch design on its ear, we look forward to seeing how this bendy color touchscreen technology will be applied to smartphones, which they say could happen in the next five years.