Are Apple’s first over-ear headphones worth the $550 price? 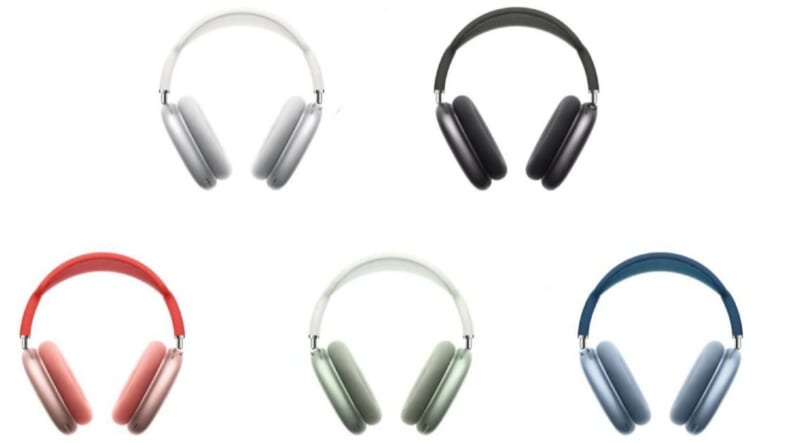 Since Apple first entered the headphone market with the AirPods, they’ve proven that they’re able to create earbuds that deliver solid audio quality with intuitive convenience features that put them ahead of the pack. Now, as the brand launches its first over-ear headphones, the AirPods Max, Apple is leveraging its expertise into a different form factor. Carrying a somewhat steep $550 price tag, are the AirPods Max worth the price?

Upon opening the package, it’s immediately noticeable that the build quality of these headphones are top notch. The icy sky blue pair that were tested (space gray, silver, green and pink are also available) are weighty and significant. The over-head band is comfortable, keeping the headphones firmly on the ears without squeezing to the point of too much pressure.

Similarly, the removable, magnetic ear cushions feel good even after extended use. The AirPods Max have only two buttons, both on the right can. One is a volume dial (that appears to be borrowed from the Apple Watch) and the other is a toggle button. Both are intuitively placed where your hand would naturally rest and require almost no learning curve to become used to their operations.

Apple may have bought Beats but that purchase doesn’t seem to be informing Apple’s own, branded headphones. Instead, the AirPods Max appear to borrow more of their tech from Apple’s HomePod in-home speakers which leverages Apple’s hardware and software to turn out terrific audio quality. In the AirPod Max, sound quality is crystal clear and evenly keeled. It’s a far cry from Beats’ bass-heavy reputation and makes the Max a better option for those looking for versatility in their headphones.

That versatility is increased further by Apple’s inclusion of spatial audio in the AirPod Max that were introduced in the AirPod Pros. Spatial audio changes the AirPod Max from a straight left/right stereo mix to one more akin to surround sound, creating an aural environment with depth and complexity that’s not possible in most other headsets.

The AirPods Max also have active noise cancelling that performs similarly to their Pro earbud counterpart. Easily turned on and off from the headset itself or on any of the Apple devices they connect to, the Max’s ANC won’t fully drown out a crying baby but it will create a more contained audio environment that greatly enhances the AirPod Max’s audio performance. Likewise, pass-through audio is also an option in case hearing the world outside of the headset becomes as important as muffling it.

As with most Apple products, ease and convenience are obviously a priority here. Taking the headphones off will automatically stop video or music that’s playing on an iPhone, iPad or Apple computer. Controls to fast-forward and reverse and invoke Siri are easily accessible. There’s also an impressive (though not best-in-class) battery at work here, giving 20 hours of playtime on a charge and intelligently going into a super low-power mode when stored in their case.

The case that’s included might actually be the worst part of the AirPods Max. It’s one of the rare times that Apple’s design cues seems to have gone awry. Where the case for the AirPods Pro protects, charges and contains the earbuds, the case for the AirPods Max seems to do none of those things, begging the question why it was included at all. It IS well made, in a colored, leather-ish material that compliments the headphones they’re meant to protect but it only sits around the most invulnerable part of the headset, leaving the over-the-head band exposed.

When all is said and done, the AirPods Max are a thoroughly Apple product, delivering audio quality that’s right at the bleeding edge of what’s possible in a wireless headset, a build quality that feels good in the hand and on the head and stunningly good looks that make them enviable at a distance.

While other headphones with similar audio performance come in closer to the $300 mark, Apple’s $550 price tag might be on the high side. But the AirPods Max still delivers on all fronts.