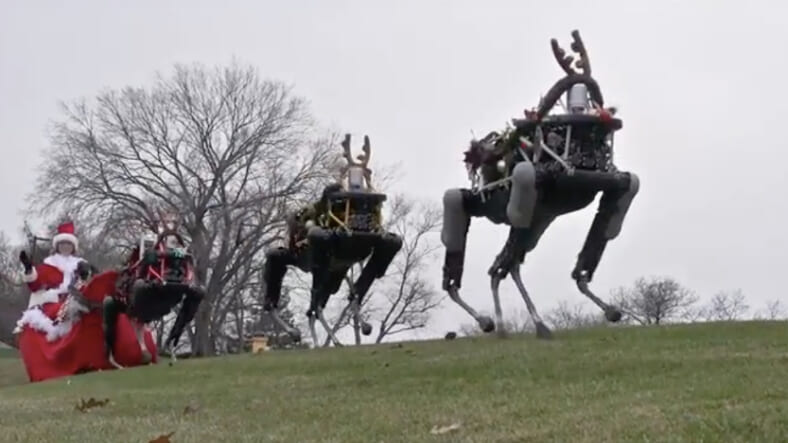 1984 was scary—and we’re not just referring to living out the Orwellian prophecy or the number of times we were subjected to seeing David Lee Roth in spandex. That was the year we were the most equally entertained and terrified by robots, as featured prominently in both Herbie Hancock’s genre-defining Rockit video and Arnold’s first movie that signaled the reality of an impending robotic apocalypse.Presumably inspired by that scenario, a group of MIT brainiacs spun off eight years later to create “robots that ran and maneuvered like animals.” Now a wholly owned subsidiary of Google, Boston Dynamics has rendered quite a terrifying zoo of articulated artificial animals that can crawl, run and climb.So it makes perfect sense that they’d dress up a few of them—in this case, their indoor/outdoor Spot bots—with playful floppy reindeer antlers and film them festively pulling Santa’s sleigh. Right?Well, here’s the spirited video for you to judge for yourself: