This Alarm Clock Actually Gets Your Ass Out of Bed 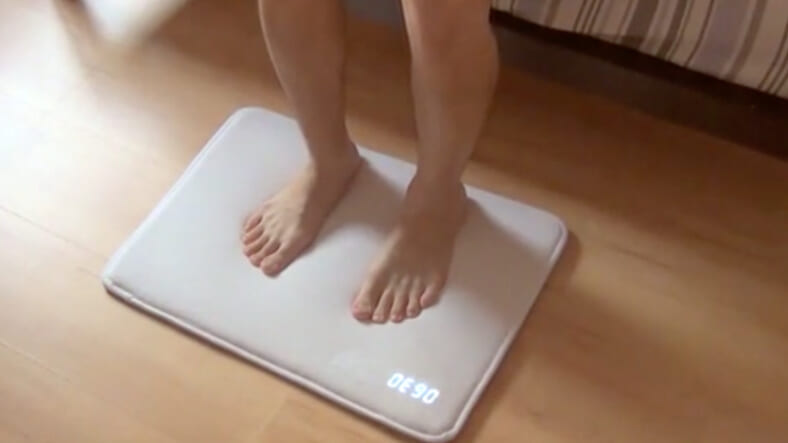 Despite the dizzying array of alarm clocks on the market already designed to jolt, nudge, focus, pester and personally assist us, it seems someone’s always out to build a better one. Well someone has. Unfortunately, they decided to call it the Ruggie.What’s great about this pressure-sensitive memory foam mat is that its built-in alarm clock requires you to step on it for at least three seconds, thereby actually getting your groggy butt out of bed.In the process, it comes with a couple of interesting audio features, including the ability to have it wake you to soothing sounds (rather than a beep or buzz) and/or play a motivational message when you step on it. Hey, if either of those kill your urge to slink back under the covers, there may be hope for you yet.

Early riser or not, you can’t be an early bird on this Kickstarter campaign—already 4X funded—but you can still get in on it and at least be an early adopter. For about $76 (20% off the estimated retail), you can pick up (and put down) one of these fantastic yet poorly-named wake-up mats, along with a motivational ebook.Rise and shine, tiger.