This Simple Card Can Save Your Wallet — And Your Identity

Thwarting both physical and cyber bad guys at the same time. 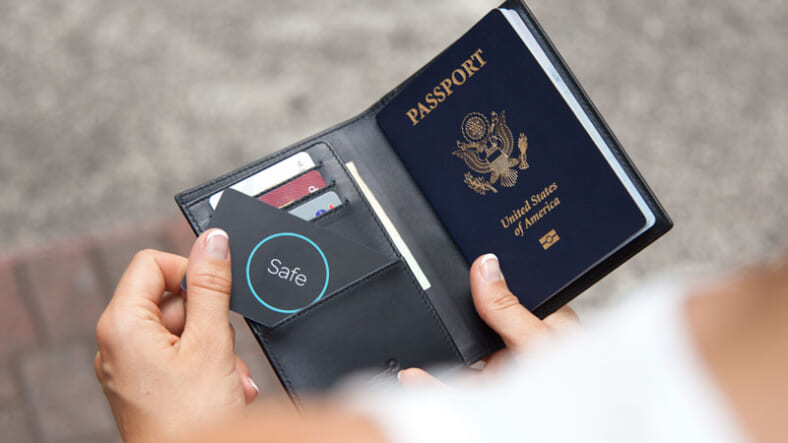 For years, “wireless leash” products have used the fact that you don’t make a move without your phone to help keep other stuff (such as your wallet, keys or gym bag) from being left behind. They form a Bluetooth connection between your phone and something that attaches to your valuables, then alert you when they’ve been separated by a specified distance.

That’s just the beginning of what the wallet-friendly Safedome ($49) card does. With this handy card, you can specify where you do and don’t want to be alerted so you don’t have to constantly carry both around the home or office for fear that you’ll set off your own alarm.

But its coolest feature is that if your wallet truly goes missing (i.e. you didn’t just lose it under a couch cushion while jumping up during a touchdown celebration), the product’s companion service has you covered. That means the service will actively figure out what needs to be done about replacing your bank cards and driver’s license or passport — and they’re always on the lookout online, scanning to make sure your identity hasn’t been compromised by whoever picked your billfold off the sidewalk.

Of course, it helps to prevent accidentally misplacing your wallet in the first place, and it’s nice to know that you can track its last known whereabouts on a map. But there’s no better reassurance than knowing you won’t be alone and stranded in your recovery search.The product works with most recent Android and iOS phones. (Sorry, Blackberry and Windows users), and it never needs recharging. If its internal battery dies in under a year, they replace the card for free; otherwise you have to purchase another. In essence, it’s $50 a year for peace of mind in your wallet.So walk where you want and celebrate touchdowns with reckless abandon. You’re welcome.