Check out the first look at the groundbreaking foldable smartphone that comes with six cameras and two batteries. 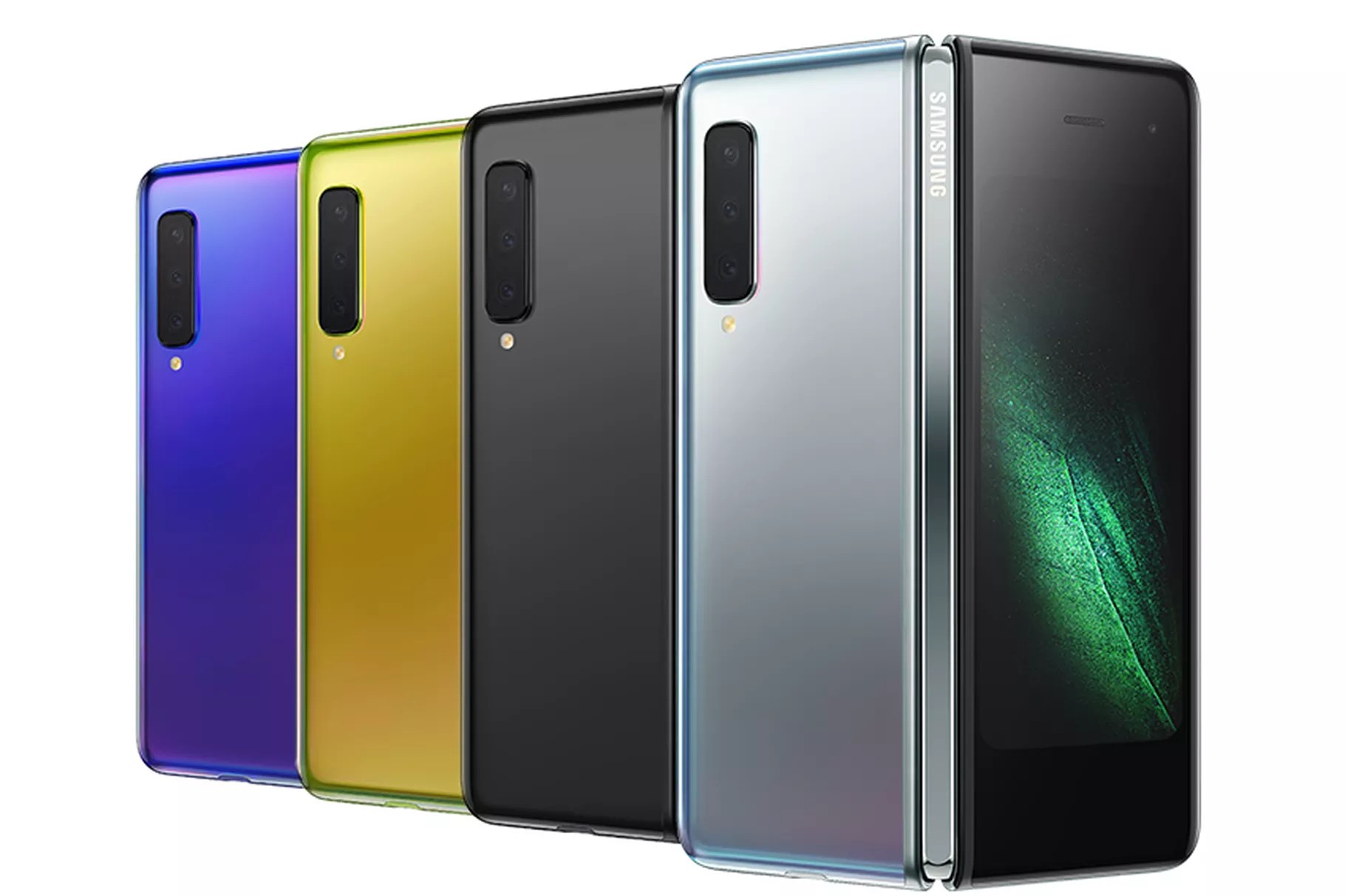 If one smartphone giant ever truly fired a shot across the bow of another, then Samsung did that to Apple at their Galaxy Unpacked event Wednesday, where they revealed the striking new Galaxy Fold. Which is, at this point, the folding phone to end all folding phones.

It’s a deceptively simple name for a truly game-changing device.

The Verge has all the technical deets:

Samsung is planning to launch the Galaxy Fold on April 26th, starting at $1,980. There will be both an LTE and 5G version of the Galaxy Fold, and Samsung is even planning on launching the device in Europe on May 3rd, starting at 2,000 euros.Samsung is using a new 7.3-inch Infinity Flex Display that allows the phone itself to have a tablet-sized screen that can be folded to fit into a pocket. The main display is QXGA+ resolution (4.2:3), and when it’s folded, a smaller 4.6-inchHD+ (12:9) display is used for the phone mode.

Samsung is using 512GB of Universal Flash Storage 3.0 (eUFS) for fast speeds, alongside a Qualcomm 7nm Octa-core processor and 12GB of RAM. Samsung has even built two batteries for its Galaxy Fold, that are separated by the fold but combined in the Android operating system to represent a total of 4,380 mAh.

That’s a lot of geeked-out detail to take in. Basically, this kind of innovation and power does not come cheap but for customers willing to put themselves out there, Samsung has created a foldable phone that’s just as powerful as it is visually striking.

Galaxy S10 will be available from March 8 and will come in new eco-friendly packaging. Here are the prices for all three variants: #SamsungEvent https://t.co/0gRGLpuODs pic.twitter.com/zL6NvPEe8y

The secondary players at Samsung’s event were the Galaxy S10, Galaxy S10+, and the Galaxy S10e as well as Samsung Galaxy Buds, wireless Apple Airpod rivals that have a longer batter life than their competitor and cost less, at $130.

The Samsung Galaxy Fold was the big news of the day, and it’s likely anticipation will only increase in the run up to sales beginning on April 26th.