Clash of the flip phones. 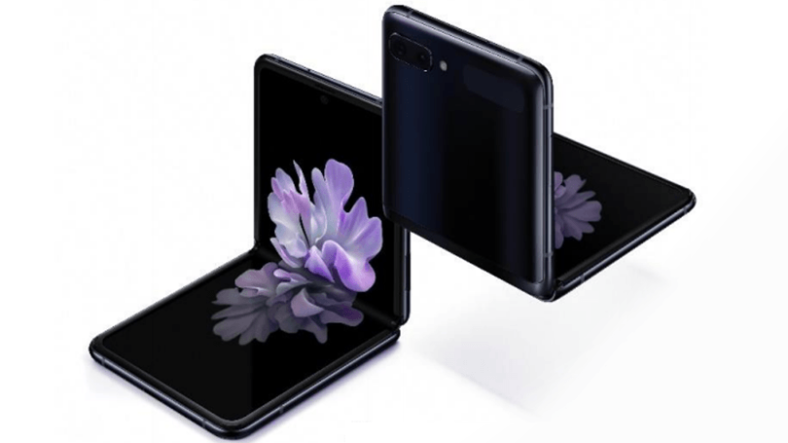 Likely inspired to compete with Motorola’s resurrection of the Razr as a folding screen smartphone, Samsung is set to release a followup to its troubled Galaxy Fold, the foldable Galaxy Z Flip.

Visually, it’s like 2005 all over again, only now flip phones are the most sophisticated devices around. The first images of the Z Flip come from German tech site WinFuture, which published official Samsung renders as well as a spec sheet.

With this striking new phone as well as the recently-revealed free Galaxy Buds with a pre-ordered S20 Plus deal (more on that below) Samsung continues to challenge Apple’s grip on the market via innovation as well as economy.

The “economy” part is the S20 deal, of course—the proposed pricing for the Galaxy Z Flip is pretty steep.

Noted electronics news leaker Evan Blass posted the Galaxy S20 news on his protected Twitter account. The image he tweeted reveals new true wireless Galaxy earbuds with a Galaxy S20+ and S20 Ultra, and a caption that reads “Preorder now and get Galaxy Buds+ for free.”

The S20 line of phones is set to be revealed at a big Samsung event in February, as is the Z Flip. The Verge has more information on the foldable’s likely features:

Like Samsung’s other recent phones, the Z Flip will feature a centrally located hole-punch camera on the inside for selfies. There’s also a second display on the outside: a 1.06-inch (300 x 116) OLED panel that can be used to tell the time and for displaying simple notifications.

The thinking behind this obvious razr challenger seems to be the innovative screen and ease of portability trumps having a couple of features consumers are expecting to see these days, like 5G. According to The Verge, the Galaxy Z Flip is missing “support for 5G” and “will only support LTE networks.”

Again, the Galaxy S20 plus free Galaxy Buds deal appears to be dependent on preordering the phone. Additional leaks price the new device from $999 up to $1349 for the “Ultra” model.

As for the Galaxy Z Flip, The Verge cites leaker Max Weinbach, who reportedly believes it “will cost $1,400 and release on February 14th.” Consumers will learn all firm details and more when Samsung holds its Unpacked event on February 11, 2020.