Look for the big reveal in November. 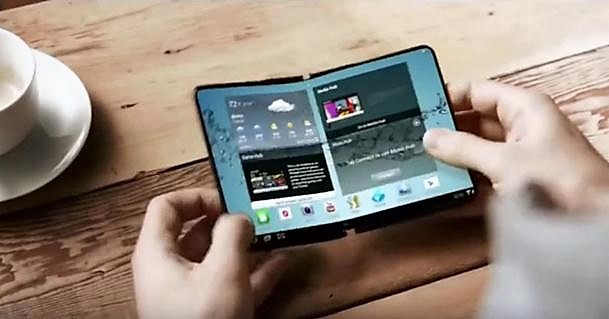 Samsung might beat Apple in the race to bring a bendable smartphone to market.

The tech company’s mobile CEO, DJ Koh, told CNBC that “it’s time to deliver” a foldable handset. It will reportedly launch later this year, but  he didn’t reveal further details details regarding design or price.

The news comes just days after Koh teased bendable tech at the IFA electronics show in Berlin by questioning its advantages over rigid screens.

“You can use most of the uses … on foldable status. But when you need to browse or see something, then you may need to unfold it,” Koh said.

“But even unfolded, what kind of benefit does that give compared to the tablet? If the unfolded experience is the same as the tablet, why would they (consumers) buy it?”

“So every device, every feature, every innovation should have a meaningful message to our end customer,” Koh added. “So when the end customer uses it, (they think), ‘Wow, this is the reason Samsung made it.'”

Koh hinted that more details of the device could be unveiled this year at the Samsung Developer Conference in November in San Francisco, but gave no indication of when a full launch would take place or when it might go on sale. The mobile CEO admitted that while the development process is “complicated,” the company has “nearly concluded” it.

Koh’s statements lend credence to other bendable device rumors we’ve heard recently. In July, the Wall Street Journal published a report gathered from multiple inside sources that claimed the device’s screen would measure 7 inches and fold in half like a wallet.

The patent, titled “Foldable Electronic Device Including Hidden Display and Information Display Method Thereof,” illustrates a foldable smartphone with a second display that is partly covered until the device is fully folded — which is when it will activate. From the images, it looks like the display is hidden under the top rear of the device when it’s unfolded and then comes out once it’s closed. While it hasn’t been confirmed, this could be how the hidden display will function.

A prototype for a wallet-like Galaxy was actually shown by Samsung executives back in 2013 at the Consumer Electronics Show along with an incredibly corny commercial.

Five years later, and it looks like the first foldable Samsung smartphone is finally a reality.