Samsung Reveals Their Monster Galaxy Note9, And Here’s What You Need to Know

We got our hands on the gadget giant’s flagship phone. 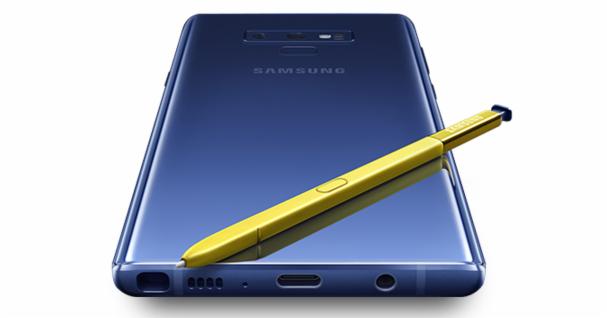 Samsung took the stage at Brooklyn’s Barclays Arena to pull the curtain back on their new Note9 smartphone and its whopper of a screen. Coming in with a super bright and brilliant 6.4” AMOLED touch panel and jamming more powerful tech into an extraordinarily thin and maneuverable form, the Note9 is Samsung’s best foot forward for the next year of competition against Apple, Google and others.

The Note9’s main selling points come from a best-in-class screen — a front on which Samsung has perpetually excelled — and, this year, a massive boost in battery life that should quell the woes of users who are constantly on their phones and, also, constantly in need of charging. Early announcements peg the battery boost at a 20% increase over last year’s Note8, a significant bump to the all-important benchmark.

Combining those two elements with significant horsepower from its 10nm customized processor and new heat dispersion tech means the Note9 is even more capable than its predecessors. Samsung is choosing to show off their new, powerful phone by giving early adopters timed exclusive access to the upcoming Fortnite for Android, leveraging the super popularity of the battle royale game to entice people to throw down on the $999 starting price for the 128GB model. FYI, the most expensive, 512GB model will retail for $1249.99, putting it on level with the price point of Apple’s iPhone X.

No Note phone would be complete without its signature stylus, a hallmark of the Note series of phones and a main differentiator between it and other large format phones like the iPhone 8 Plus which still adheres to Steve Jobs’ your-finger-is-the-best-stylus philosophy. Samsung continues to expand on the usefulness of a dedicated stylus, this time by adding bluetooth connectivity to it and making it a remote control of sorts of taking selfies and controlling presentations.

Coming in two color schemes, a dark blue or flowery lavender color (Ocean Blue and Lavendar Purple, according to the official press release) the Note9 is available for pre-order today and the Samsung faithful will see them reach stores on August 24th. You can also check out Samsung’s new Galaxy smart watch and Galaxy Home smart speaker, as well as an upcoming wireless charging solution, all set to hit shelves later this year.