This Universal Remote Is So Simple, it Doesn’t Even Have a Keypad 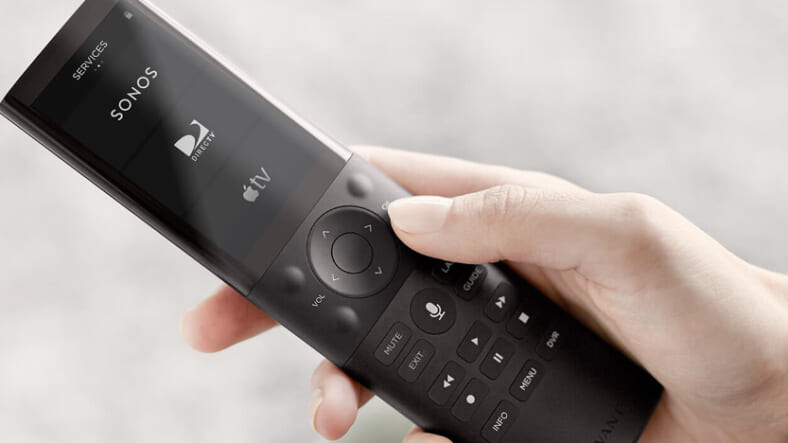 For most—if not all—of your life, you’ve been able to control your TV and stereo with a single “universal” remote. But as the number of multimedia devices has increased, so has the complexity of setting up and operating these all-powerful remotes. The cost: your time and sanity to figure them out.Savant, known for their high-end home automation systems, is coming out next month with a much simpler take on the universal remote that doesn’t require fancy installation. To get started, a wizard within the Android or iOS app walks you through a quick setup process, giving you access to any of over 380,000 devices. (By comparison, the Logitech Harmony Elite does “only” 270,000.) That includes not only TVs and receivers, but game consoles, set-top boxes, satellite dishes, Sonos systems and more.Although it doesn’t feature physical number buttons, it does pop them onto the touchscreen when, say, switching over to your cable box. You may not need them though. Because you can use your voice to dial up a particular device, channel or scene. In other words, you could say, “Apple TV,” “HBO” or “Movie Night” to cue the appropriate series of devices to turn on. And it also remembers your favorite channels and prioritizes them atop the remote’s screen anyway.To further set the mood, an optional accessory allows you to add lighting into the mix. So you could voice command “Relax” to dim the lights and cue particular music or “Goodnight” to take every connected device dark.

The system ($499) includes the remote; a charging base with built-in IR blaster; the hub that talks to everything in the system and plugs into your router; and one in-cabinet wireless, battery-powered IR blaster.Could a remote get more intuitive? Possibly. While at #CES2016, French company Sevenhugs demoed a contextually adaptive remote for us. It doesn’t have any hard buttons. You just point it at something, it identifies the object, automatically displays that device’s controls and you tap away. Keep your eyes peeled for that to be available as soon as September.

Until then, try not to worry that your remotes have become smarter than you.