This Sinister Folding Knife Has Been Compared To The Batmobile

Only a Joker wouldn’t want one. 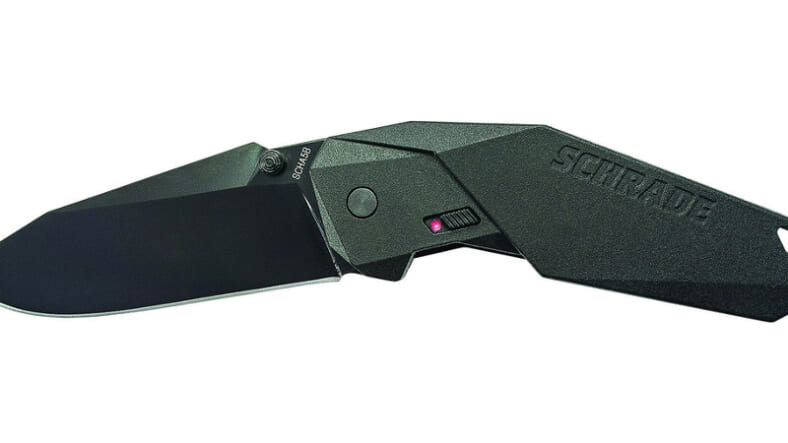 It’s dark. It’s angular. The M.A.G.I.C. Assisted Opening Folding Knife ($69) from Schrade kinda seems like a Batman movie prop. But beyond a profile that has been compared to the Dark Knight’s “Tumbler” Batmobile  (especially when folded), this edgy EDC is plenty cool on its own.The rough, matte black aluminum handle features a safety lock, plus a lanyard hole and pocket clip for easy carrying. At 4.5 inches, it’s also quite pocketable.

Push a thumb knob on either side to reveal its 3.3-inch blade, made from AUS-8 high-carbon stainless steel. This clip point is designed both to maintain sharpness and avoid corrosion.It probably won’t do much to help you fight crime in Gotham. But it seems like a fine blade to have along on most other civilian excursions.h/t HiConsumption