The throwback mini console market just got even hotter. 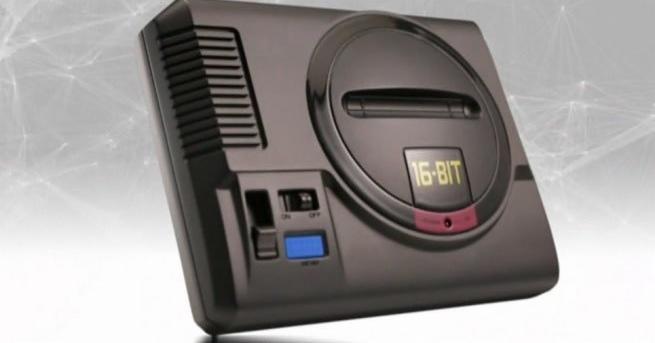 Who wants to play a game of Sonic?

Over the weekend, Sega announced that they’re releasing a miniature version of the Genesis, their first new piece of hardware since 2001’s Dreamcast. This, no doubt, is thanks to Nintendo’s incredible success with their NES and Super NES Classic mini consoles.

The Genesis, called the Mega Drive in Japan, hit U.S. shores in 1989 and offered the first real challenge to Nintendo’s home gaming dominance.

The 16-bit console will release in Japan first, to commemorate the original Mega Drive’s 30th anniversary, and the United States and other unspecified territories will be getting the console later this year, according to a since-deleted Facebook post from AtGames. You might recognize AtGames as the makers of last year’s Sega Genesis Flashback HD, which was panned in reviews. It sounds like the new version is an improvement upon that console, and AtGames revealed quite a bit about the new version before deleting their Facebook post.

The Mega Drive Mini (or Sega Genesis Mini, as it’ll more likely be named in the U.S.) will include a rewind feature, and all versions except the one released in Japan are said to include a cartridge slot. AtGames wouldn’t reveal which games are included, but they did confirm one game that won’t be on the new console. They say Sonic the Hedgehog 3 can’t be included due to licensing issues with the music. We suggest just replacing the Sonic 3 music with Smash Mouth instead.

Sega also announced they’ll be releasing 15 classic games for the Nintendo Switch. According to Uproxx, they’ll be available this summer only in Japan, and there’s no word on whether the games will be making it to America.