Yes, This Phone Has the World’s First Shatterproof Screen

We should know, we beat the crap out of it. 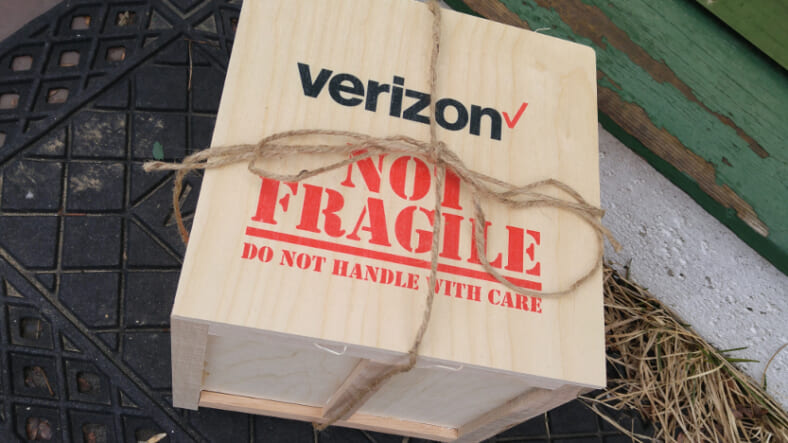 When the marketing folks at Verizon sent us the above wooden crate, we chuckled. Then we wondered why it was so much bigger than the phone inside and surrounded by packing material. But that’s all beside the most important quandary: How were we going to test the claim that the new Motorola Droid Turbo 2 ($624) inside has the world’s first shatterproof screen?After all, folks all over the Internet had already pounded this phone with a hammer, plummeted it from 900 feet and (cruelest of all) forced it to watch Donald Trump. That’s in addition to Motorola’s own convincing and scientific approach of drop-testing it similarly to other flagship phones:

In the end, we decided to do a few real-life tests of our own, followed by something slightly outlandish to represent your average freak accident. For the practical tests, we dropped it screen-first from three and six feet onto a wooden floor, pavement and ice.In each of these tests, the front of the screen itself was unscathed; but its side and phone’s frame incurred some minor dings—we attribute them to not falling perfectly flat and dismiss them based on the fact that pretty much any phone cover would’ve prevented them.Our less practical experiment involved dropping a size 13 hockey skate (the biggest we could find) from various heights. From about six feet, it made the crease you see below in the upper left corner of the screen. The other scratches on the front are from solidly hammering the display with the skate’s blade, resulting in fairly minor scratches—not full-on cracks.

Based on this testing (and everything else we’ve seen), we’re very impressed with the results. This phone screen can definitely take a beating without succumbing to the spiderwebs that plague way too many of us. And the rest of the phone doesn’t claim or need to be indestructible—although it does also feature a special nanocoating that waterproofs its innards.Aside from all that toughness, it’s a solid phone spec-wise as well, sporting a respectable camera; 48-hour battery they claim is the fastest charging; and (befitting the “turbo” in its name) a snappy little processor.It’s a worthy successor to the original Droid Turbo and definitely worth any Android-shopper’s consideration (klutzy or not).