If Rambo Carried a Wallet, This Badass Multitool Would Be in It

An EDC that commands respect. 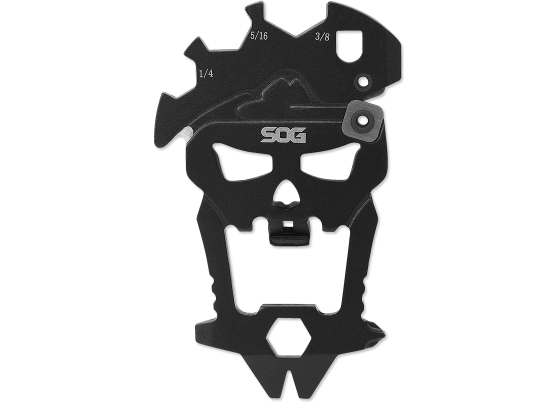 Thirty years ago, the founder of SOG Knives created the first in a line of military-inspired survival tools. Perhaps it’s not just a coincidence then that their company video (see below) comes off like the opening to the original TV run of The A-Team, which was at the height of its popularity at that time.Fast-forwarding three decades, the company recently added to its wide offerings with a simple yet fierce looking multitool they call the MacV. (MACV-SOG, the basis of their company name, stands for Military Assistance Command Vietnam Studies and Observations Group, a highly classified special forces unit.)

As you’d expect, this hardcased black badass multitool offers a dozen functions, such as screwdrivers, wrenches, pry bar and bottle opener. It’s only $13. And whipping this thing out of your wallet pretty much commands the respect and confidence of whomever’s around.