This super cool personal AC slides into the back of your shirt. 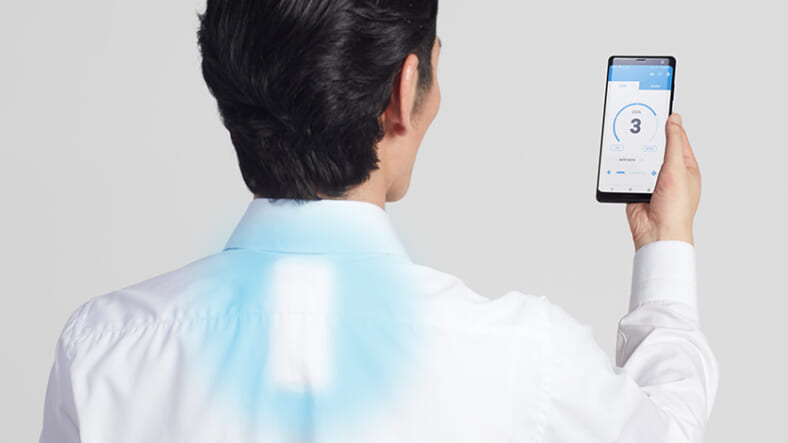 Sony first announced the “Reon Pocket” wearable personal air conditioner last year, with a launch date that coincided with the 2020 Summer Olympics in Tokyo. Though the Coronavirus-delayed Olympics have since been pushed to 2021, Sony is moving forward with its ultra-cool wearable AC.

Popular Mechanics points out that the smartphone-sized cooling device slides into the inner pocket on a specially-tailored T-shirt, where it sits in direct contact with skin over the upper spine and in between the shoulder blades.

The Reon Pocket works by way of a a thermoelectric Peltier element, a technology typically found in wine coolers. When sensors detect a certain temperature, it either absorbs or releases heat to create a warming or cooling sensation, respectively. A built-in lithium ion battery lasts between two and four hours and takes 2.5 hours to recharge via a USB-C port.

At press time, the Reon Pocket was listed on Amazon for about $175, but it’s not available to ship to the U.S. We’d like to think that Sony will bring it stateside, but a 2.5 out-of-five-star rating doesn’t bode well for its performance.