The Sony Walkman, Which Changed How We Listen to Music, Turns 40 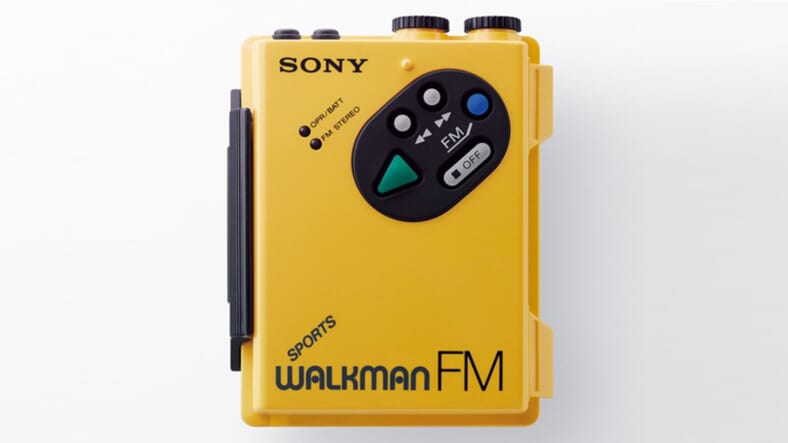 The Sony Walkman, which turned 40 years old this week, first hit the market on July 1, 1979, and forever changed the way we listened to music.

The handheld portable cassette player ran on two AA batteries, played cassette tapes (remember those?) and had no external speaker, though some companies later made tinny-sounding speakers that plugged into the Walkman’s headphone jack.

The Walkman instantly became a must-have for joggers, commuters, students, and everyone else who wanted to listen to music on the go. The original version sold an estimated 200 million units and was lauded as one of the most influential and important gadgets of all time.

After a multitude of different versions, including the smaller Walkman II, the waterproof Sports Walkman and the CD-playing Discman, the Walkman brand finally went kaput in 2010.

Sony is celebrating the Walkman’s legacy with an expansive museum exhibition in Tokyo that runs through September, reports Designboom.

Titled #009 WALKMAN IN THE PARK 40 years since the day the music walked, the exhibition focuses on the people for whom the WALKMAN has been a part of their everyday life.

The show, which is divided into two parts, begins with ‘my story, my walkman’ — sharing Walkman episodes from the lives of 40 celebrities, and continues with the ‘walkman wall’, featuring around 230 versions of the WALKMAN throughout its 40-year history. From the nostalgic older models, all the way up to the latest models, the exhibit allows visitors to take in the changes in designs, specifications, and media formats over the years.

For more on the Walkman’s legacy, check out 10 portable Walkman facts here.