This Floating Death Star Speaker Uses the Force to Levitate 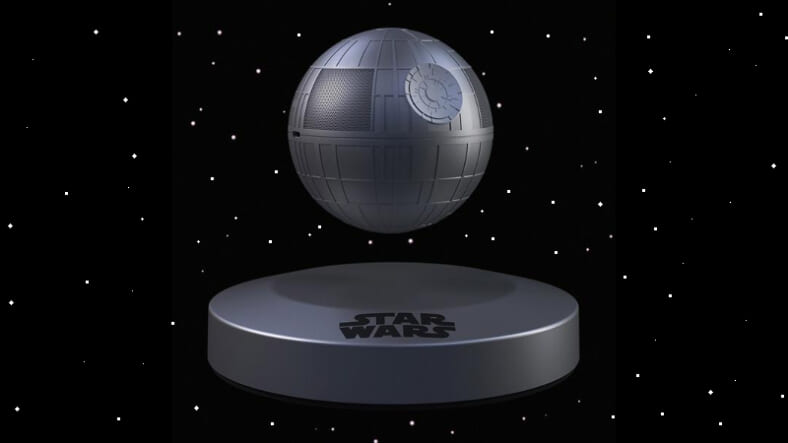 Admittedly, this speaker from Plox ($180) isn’t the only Death Star speaker.And it’s clearly not the only levitating speaker, with entire sites now dedicated to reviewing all the various clouds, space ships and other audio objects that can hover.If fact, as you’ll see below, it’s not even the only levitating Death Star speaker. But this five-watt floater is fully operational for five hours on a charge. And it appears (from the box pictured on Plox’s site) to be officially licensed Disney/Star Wars merchandise.

The above animation looks cool, but it’s only for illustrative purposes. Sadly, the actual speaker doesn’t emit 3D holograms.

By contrast, this speaker ($220) from Hellosy actually does glow in the dark. At eight inches across, it’s more than twice as wide as the other floating Death Star. And it can supposedly blast your tunes for up to eight hours.All in all, it seems like an extra forty bucks well spent. As long as some ragtag bunch of rebels doesn’t find its one minuscule vulnerability and blow it to smithereens.