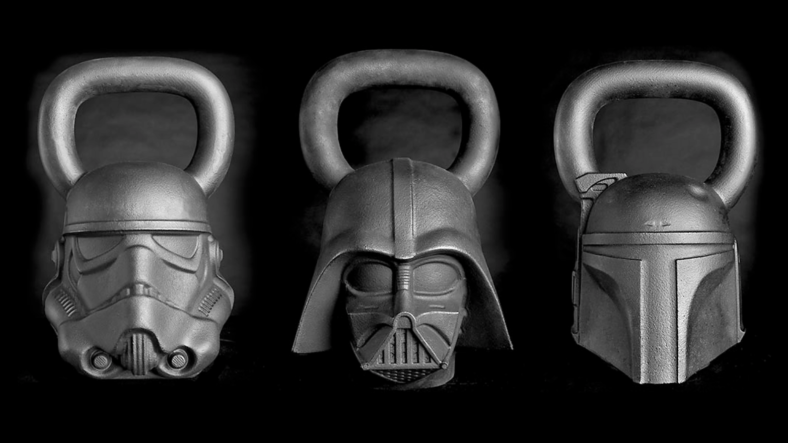 The telekinetic Force touted by Jedis in the Star Wars universe might be a thing of fiction, but you can still push your earthly powers to the max with these awesome Star Wars kettlebells.

If kettlebell workouts aren’t your speed, they’re also taking pre-orders for this cool-but-creepy polyurethane yoga mat inspired by the image of Han Solo frozen in Carbonite ($65).

They even have a Death Star Slam Ball ($75), which, unlike traditional medicine balls, is made to withstand the throws, slams and drops used in wall ball training.

Check out Onnit’s website for more info. May the Force be with you.