Enabling independence in a badass way. 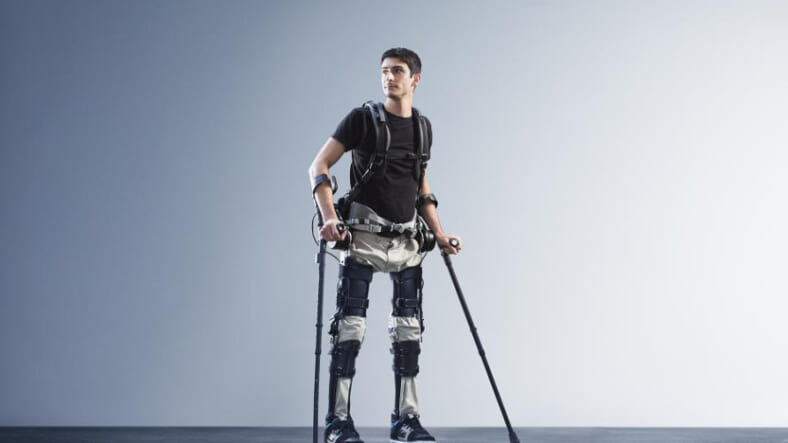 Until now, references like the Six Million Dollar Man TV series and even Arnold’s first Terminator movies are what we think of when the concept of blending man and machine is brought up. But SuitX’s Phoenix exoskeleton is changing that conversation.Officially announced earlier this week, the empowering 27-pound mechanical walking aid is a UAE AI & Robotics Award for Good semi-finalist, with a potential million dollar award in the balance this weekend in Dubai.Although it’s been test piloted for years by folks such as Steven Sanchez, who was left paralyzed from the waist down after a BMX accident, the assistive robotic device is being pitched as an affordable solution for children with neurological disorders. The key advantage being that they can work on improving their gait without being confined to a rehab center.

ReWalk—a similarly life-changing technology, currently on its sixth generation product—was the first and only FDA-cleared exoskeleton for rehabilitation and personal use in the United States. But at half the weight and price of ReWalk’s product, SuitX hopes to increase the accessibility of theirs.As Sanchez puts it in one of their videos, “I’m not the robot. I wear the robot.” And in being able to put it on himself, he’s granted not only some well-needed physical relief from sitting all the time, but a mental boost from greater independence.Amen to that.