Beat Your Opponent In Style With These Artsy Ping Pong Paddles 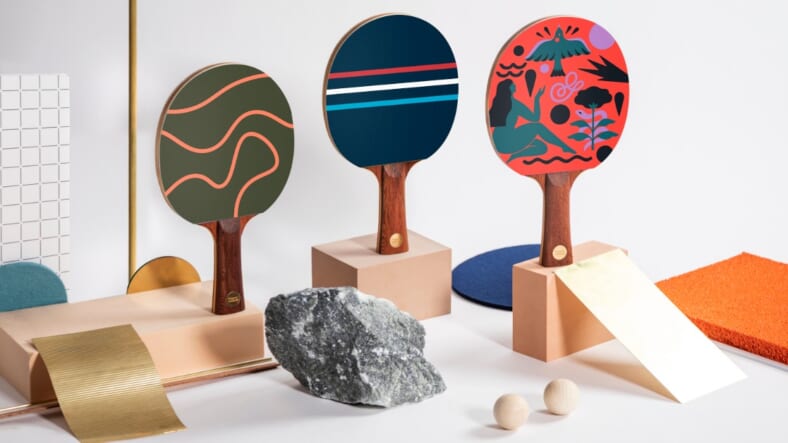 Ping pong paddles aren’t exactly known for their visual panache. Typically constructed from cheap wood and wrapped in black or red rubber, they’re built to hit balls, not turn heads. But the design geeks at Supersmash are hoping to change that with their latest line of striking handmade art paddles that blur the lines between form and function.

Supersmash was launched in 2019 by two graphic designers and ping pong aficionados, Ramon Valle and Frédéric Savioz, who often played in the parks and bars of Geneva and Berlin. They dreamed up a line of ping pong paddles distinguished by artsy designs and top-shelf construction, courtesy of an FSC-certified dark wood blend of Rosewood, Spruce and Ayous.

The unique paddles come with fanciful names like the French Kiss of Death, Black Hole and Woman of the Sea, and are visually inspired by wide-ranging influences spanning from Sun Tzu’s The Art of War to “gravitational vortexes, camouflage used on ships during World War I or tales of epic oceanic battles.”

Supersmash paddles, selling from 56 Euros and up (about $66 USD), are available online at www.supersmash.cool and begin shipping to the U.S. in December.