Meet the new and improved version of those buzzed-about hoverboards that were all the rage last year. 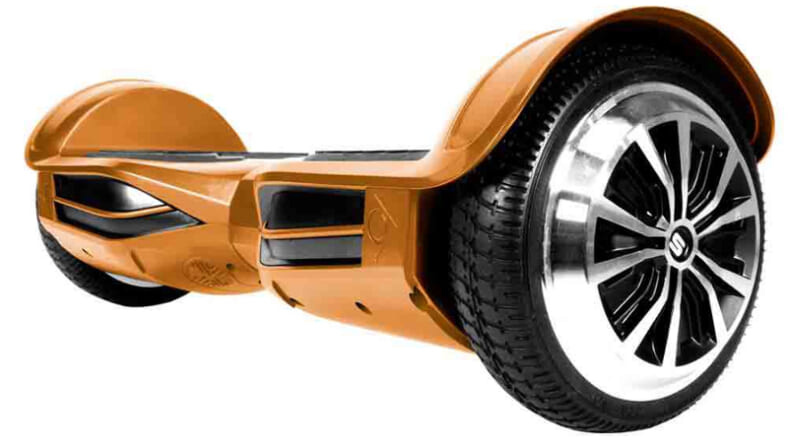 If you don’t have the patience to wait for real hoverboards to hit the market and have been reticent to buy a self-balancing two-wheeler since they were blacklisted back in December, you’re in luck.Swagway—the gizmo manufacturer that you may remember voluntarily recalled their X1 model in February—just released the SwagTron T3. Unlike many such scooters, the T3 has been officially UL-certified. In other words, a trusted independent lab has deemed that it is unlikely the T3’s battery will burst into flames, provided you use the charger that comes with the product and don’t overcharge it.(The safety rating has nothing to do with actually riding or getting on and off of it. It’s still up to you to figure that out on your own. The T3’s expanded six-inch platform will help make that a little easier.)

Able to accommodate riders between two and ten times its own weight of 22 pounds, the scooter tops out at 8 MPH and cruises between 7 and 12 miles on a full charge (depending on the rider, speed and terrain).Probably the coolest feature—no, not the built-in Bluetooth speakers that could make you that guy if you’re not careful—is the fact that you can set the vehicle’s top speed, acceleration and steering sensitivity in the dedicated companion app which works on both Android and iOS.The T3 is currently available on Swagway’s site for $500. It comes in a rainbow of colors including Black, Blue, Pink, White, Dark Red and, yes, “Exclusive Gold”—which sports more of a bronzed hue in the product photos; but hey, what’d you expect for half a grand, real gold?