Can they really take on Samsung and Apple? 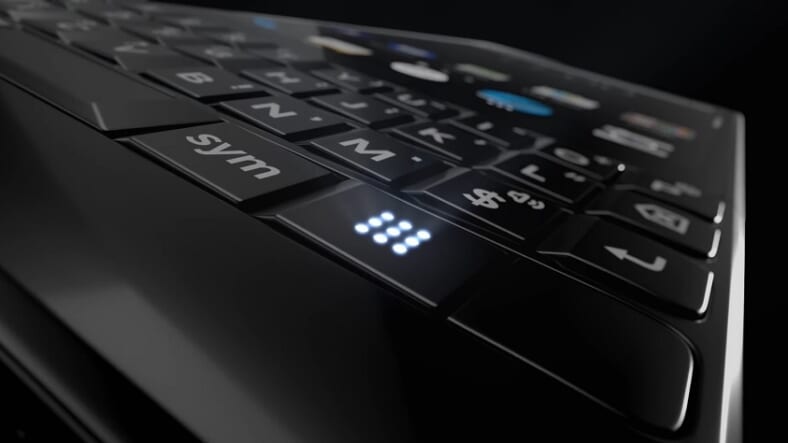 The maker of the navy blue phone with the QWERTY keyboard that every mid-level supervisor wore on a belt in the late 1990s is still alive and kicking. Of course, if you’re a BlackBerry fan, you already know that, and you know BlackBerry is still coming at its huge competitors—Samsung and Apple—with everything its got, like the BlackBerry Key2, a successor to the Key1.

The Key2 will be unveiled on June 7, but BlackBerry wanted to make sure consumers had a little preview with this teaser, and it’s actually pretty interesting.

Here’s what we see in the video: dual cameras just like those found on Samsung Galaxys and iPhones, the classic BlackBerry physical keyboard we all know and love, and this one odd little button glowing with light on the bottom right side.

CNET tried to solve the mystery by questioning TCL, which makes the phones, and unsurprisingly they were basically told they had to wait. As will we.

Almost time to officially introduce you to an icon reborn #KEY2 pic.twitter.com/QjRUZS7V69

The BlackBerry today is perhaps an ideal combination of traditional smart phone and touchscreen alternative. The security in tapping an actual keyboard is something a ton of early adopters miss. It looks like with the Key2 BlackBerry is also continuing its trend of embracing Android, making the phone familiar to customers used to other brands, making it (hopefully) an all-around solid investment.