This Genius Apple Charger Accessory Will Change Your Life

And this simple solution took a decade to happen why? 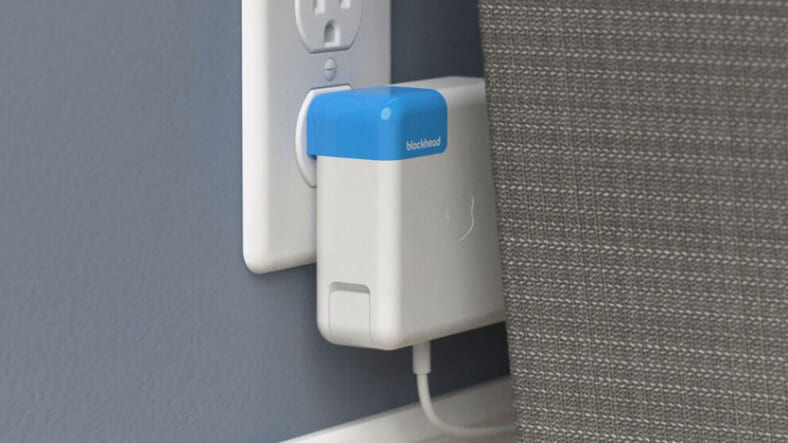 Later this year, we’ll (figuratively) celebrate the 10th birthday of the first MacBook. And while we could take a trip down memory lane talking about how all the fancy screens and processors have evolved over the decade, what we really want to know is why it’s taken so damn long during that time to come up with this glaringly obvious but simple solution: a plug that sits sideways atop your Apple charger.That simple 90-degree twist is all the Blockhead ($20 for 1, $35 for 2) does. And that in turn totally changes the bulky box’s center of gravity, both saving space and highly decreasing the likelihood that it’ll prematurely pop out of the outlet (you formerly had to pray it wouldn’t).

Of course, two other problems remain: it’s still bulky and the cord is still vulnerable to fraying. To help with the latter, a separate $20 accessory called Juiceboxx will organize and extend the life of your charger’s cord.Or for another C-note ($120 total), you can ditch that form factor altogether in favor of the much smaller Zolt Laptop Charger Plus, which also offers a couple of spare USB outlets despite its petite stature.Whichever way you go, let falling laptop adapters and frayed cords plague you no more.