The 5 Best Apple AirPod Alternatives You Can Buy

From Samsung to Sony, these wireless buds are giving Apple a run for its money. 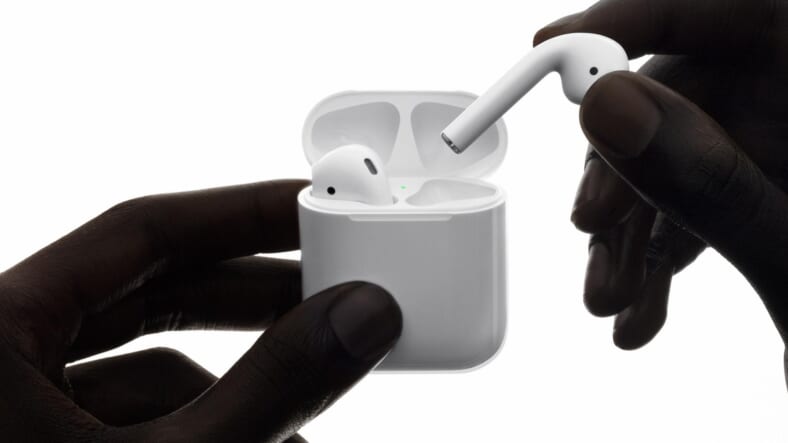 Apple is set to drop a slew of new iPhones and other goodies this week, but even with their excellent AirPods, you may be looking for a wireless earbud with a little more power, refinement, ruggedness or style.

Check out these five AirPod alternatives if Apple’s approach isn’t for you:

When it comes to going head-to-head with Apple, you can count on Samsung to create quality competition. Their IconX wireless buds go a long way toward mimicking the convenience and long-lasting battery life that you’d expect from a company with Apple in their sights, only the IconX play nice with Android phones. If you’re rocking a Galaxy phone (like the new Note9) then it’s worth integrating the IconX buds into your setup. $169 (Buy)

Logitech’s earbud offshoot brand has some thoughtful design behind them. The RUNs are, shocking, made more rugged than others on this list because they’re designed to be a workout companion. Water and sweatproof, the Jaybird RUN wireless earbuds also come with interchangeable tips and tins to create a better seal so you can forget you’re wearing them and focus on your run. Best part here is that a five minute fast charge in the included charging case will give you an extra hour of music in case your marathon training goes unexpectedly long. $146 (Buy)

Sony may follow in the same vein as Apple and Samsung but the always seem to do it by following their own beat. Sure, Sony’s terrible product naming department is in full force here and these buds don’t fare all that well in an exercise scenario but Sony knows what they’re about and that means the pursuit of audio excellence. Sony’s buds have active noise cancellation AND ambient noise sensing, creating a situation that fully blocks out the world around you without cumbersome, bulky, over-the-ear headphones. $198 (Buy)

B&O has always been known for their outstanding sound quality and slick-as-hell design. The BeoPlay 8’s are a continuation of that tradition, shrunk down to its smallest form yet. The included charging case is actually one of the weakest in this lot but the BeoPlay’s connectivity and stream quality made it a stand out on that front. Surprisingly functional touch controls on the buds themselves also were a big boon to the B&O offering. $249 (Buy)

Probably the best wireless earbuds on this list for people seeking out pure audio quality over everything else, Onkyo has a pedigree for sound and its the priority in these buds. Controls are lacking, battery life is average when compared to the landscape and the design is simple but the sound, especially in terms of deep bass and clear highs, are a cut above the rest. $118 (Buy)