Everything you need to know about Apple’s latest drop. 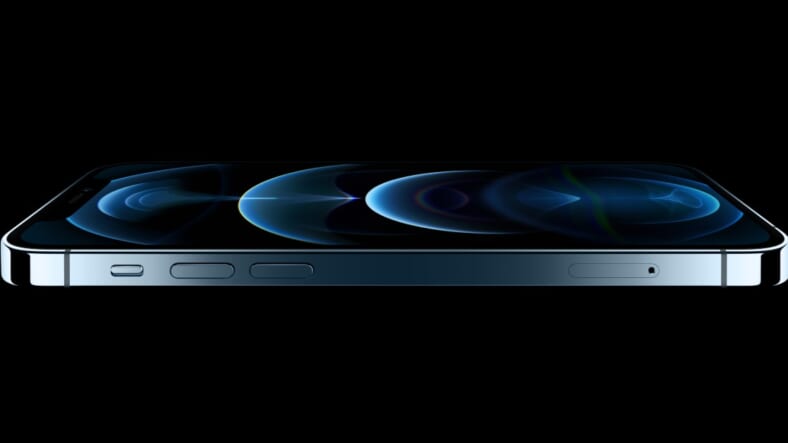 Apple has officially debuted their entire iPhone 12 lineup. Coming in four different flavors, each version of the iPhone 12 brings with it different sizes, capabilities and, of course, prices. Check out the entire event here or read on for all the important details about every iPhone 12 Apple announced today.

The highest end iPhones coming continue to exist under the Pro banner. Besides a difference in size – the 12 Pro has a 6.1” screen and the Pro Max has a 6.7” – the Pro series has a beefed up camera sensor, newly enhanced image stabilization, the ability to capture 10-Bit HDR and can also capture video in Dolby Vision. The new addition of LiDAR also adds depth-finding abilities that make for better focus in pictures as well as a range of new augmented reality capabilities. These are truly features aimed at professionals but inevitably help average users to capture incredible photos and videos.

The Pro set also feature a bump up to 5G cellular speeds and include the new MagSafe connectors for charging and adding accessories directly onto the phone. The iPhone 12 Pro will be available for preorder on October 15th and make it to customers a week later on October 23rd and starts at $999 for the 128gb option. The iPhone 12 Pro Max starts at $1099 and begins preorders on November 6th, making it to customers on November 13th.

The non-pro iPhones for the season have also made a splash by adding 5G and MagSafe to their arsenal. iPhone 12 will debut with a 6.1” super retina screen with a ceramic coat that makes it extra durable. The 12 Mini comes with a 5.4” screen and parrots most of the specs of the iPhone 12. The iPhone 12 starts at $799 for the 64gb option with preorders starting October 15th and deliveries on October 23rd. The iPhone 12 Mini starts at $699 for the 64gb version with preorders starting on November 6th and availability starting on November 13th.

A surprising addition to the event that was dominated by iPhones, the HomePod Mini is here as a means of bringing Siri into your home (along with a slew of music options that oddly don’t include Spotify) for a more accessible price. Available in gray or white flavors and coming in at a svelte $99, the HomePod Mini will be up for preorders on November 6th. Apple’s smart speaker benefits from so much of their excellent audio technology that have impressed since their early forays into the space. Time will tell how it stacks up against other smart speakers, including Apple’s own, bigger version, the original HomePod.