Sleek and speedy, this powerful Android is worthy of the supercar name. 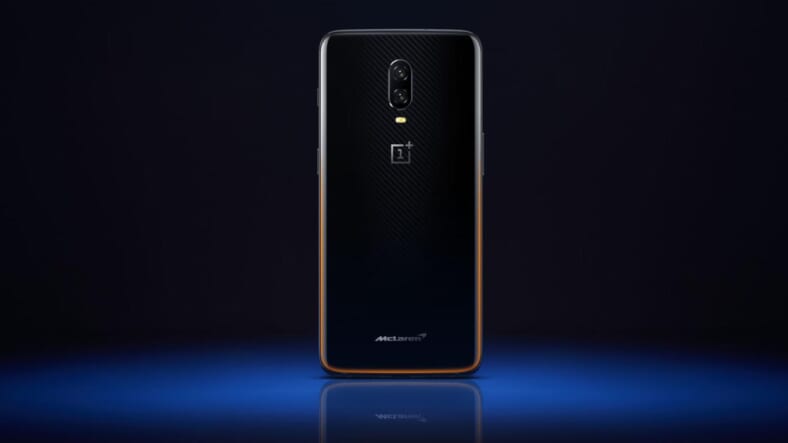 The OnePlus 6T McLaren Edition may look like your typical smartphone at a glance, but its hidden horsepower and premium design cues make it a chic and impressive accessory. A unique partnership between Chinese phonemaker OnePlus and the supercar experts at McLaren has combined the ideals of both in this distinctive new phone.

The OnePlus X McLaren is, at its heart, a 6T model that’s been beefed up and punched out in several ways. While the 4K, 60 fps dual rear cameras and 6.4″ display are fairly standard, a whopping 10 GB of RAM and a non-intrusive, in-display fingerprint scanner do a good job of setting it apart from the rest of the phones on the market.

OnePlus does a great job fitting that tech into a slick package that fits nicely in your hand or pocket. What’s unique is that it’s downright deadly in terms of its style. This is where McLaren’s influence shines.

The McLaren 6T Edition is built with a body that leverages the supercar maker’s unique brand of carbon fiber, subtly hidden in the phone’s rear casing. Until it hits the light, that is—then the carbon fiber weave shows itself. But it never gets gaudy. It’s enough to make you wish Apple partnered with McLaren to use that kind of innovation in the iPhone XS.

A black and orange—McLaren’s signature papaya orange, to be specific—spartan version of Android and heavy-duty, braided power cords are the finishing touches here. Those are the same cords that allow for OnePlus’ warp charging; a tech that will power the battery from dead to half full in under 30 minutes. There’s also a wired stereo adapter in the box for users who haven’t moved to wireless earbuds yet.

OnePlus is obviously taking a stab at a higher-end US consumer here with its $699 asking price. As the jumped-up tech company continues to make strides in the coveted phone space, it would be nice to see more collaborations like this, new phones that offer real flare compared to the competition’s stale offerings.

The OnePlus 6T McLaren Edition will be available in the US and Western Europe beginning December 13th. (Buy)