“To put it simply, we’ve never seen the ball come off the face of an iron faster.” 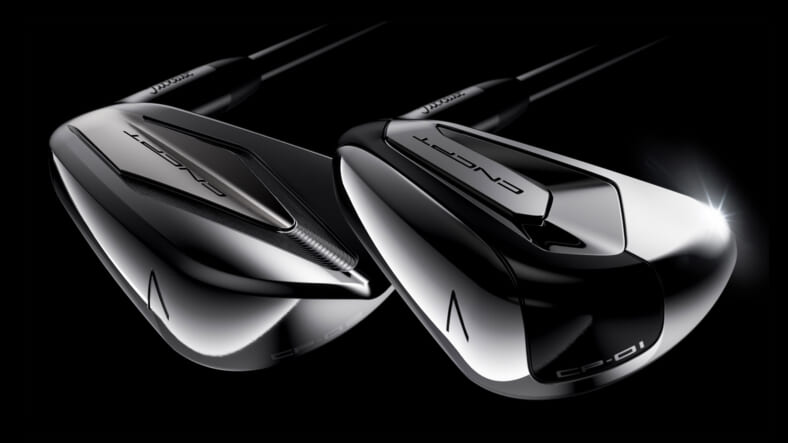 You’ve heard of concept cars, and now comes a pair of concept golf clubs designed to put some extra zing in your swing.

Titleist CNCPT irons are made from an extremely rare, super-strong metal alloy never before used in club manufacturing, producing irons that Titleist is humbly calling “the world’s most satisfying ball-striking experience.” The company adds: “To put it simply, we’ve never seen the ball come off the face of an iron faster.”

The CNCPT CP-01 and CP-02’s unique construction allows for what’s being billed as the thinnest unsupported, constant-thickness face in golf. The aggressively-engineered irons aim to produce extraordinary ball speeds, higher launch, longer distances and a steeper angle of descent.

Titleist previously dabbled in this “concept car” approach to elite, technologically-advanced products in 2016 with the C16 irons and driver. But the two new CNCPT clubs are “something very different that you can’t find in golf right now,” says brand manager Kelly Moser Jr.

Golf Digest has more details on what makes them so special:

The first key to the Concept irons is an ultra-thin (less than two millimeters), uniform thickness face. The face is what the industry often calls “unsupported,” meaning that there is no foam or thermoplastic material or other backing structure filling the hollow iron to support the thin face design.

The face is forged and L-shaped, similar to that seen on the company’s T-MB and AP3 irons. But unlike those irons, which use high-strength SUP 10 steel or Carpenter 455 steel and are 2.1 millimeters thick, the CP-01 and CP-02 iron faces are thinner thanks to the use of a new steel alloy that Titleist is calling “Super Metal.”

Titleist is not naming the actual alloy, but Moser said while it is the first time ever it’s been used in golf, it has been used in the aerospace industry.

The other element behind the unique hollow construction is the placement of significant amounts of highly dense tungsten in the heel and toe of each iron to improve forgiveness or stability on off-center hits (moment of inertia).

The Concept irons use close to 50 percent of the head’s total weight in tungsten (an average of more than 110 grams) in the longer irons. That would be 22 percent more than the amount of tungsten used in the current T-MB irons.

The Titleist CNCPT irons go for $500 per iron, and are not available in stores, though the brand is scheduling fittings for interested buyers now.