Either way, don’t hold your breath. 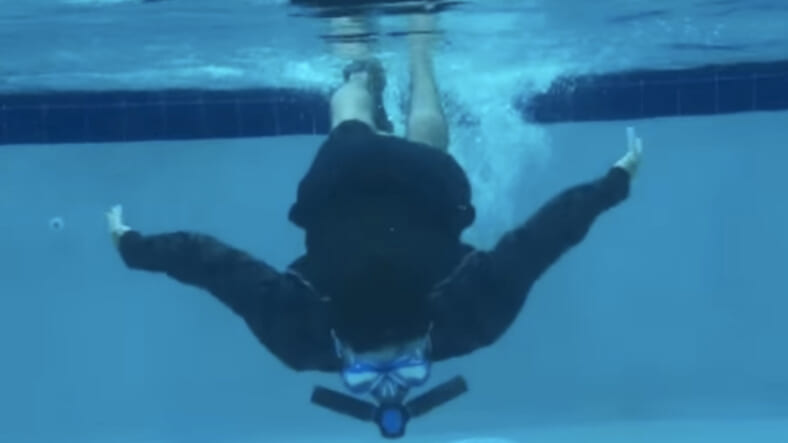 Over 50 years ago in Thunderball, Q handed Bond a tiny respirator that (of course) fortuitously saved his can while trying to elude spear-wielding bad guys underwater. And today, you can order something similar for your own oceanic adventures.Although it’s about a foot wide—substantially larger than its ancient silver screen predecessor—Triton purports to allow you to breathe underwater to a depth of 15 feet for up to 45 minutes. That’s right: no tanks, no learning curve, just gently bite down on the mouthpiece, kiss what look like handlebars and you’re a much freer, 21st century snorkeler.Does it work? Can these artificial gills and tiny compressor actually extract and deliver enough oxygen from the surrounding water to give you fish-like capabilities? Although videos purporting to show a working prototype say yes, others have been highly doubtful since the concept was unveiled two years ago.

Whether it does/could work or not, over 1,800 believers have more than 13X funded the Indiegogo campaign. If you’d like to dive in and join them, you can order it in blue, orange or green (all black already sold out) for $299, 25% off retail. Delivery is expected in December, just in time for your Australian summer snorkeling pleasure down at the Great Barrier Reef.If it does turn out to be real, we apologize for our skepticism. But they knew what they were getting into when they invented the thing. After all, it’s a tankless job.