Check out that blue paint job. 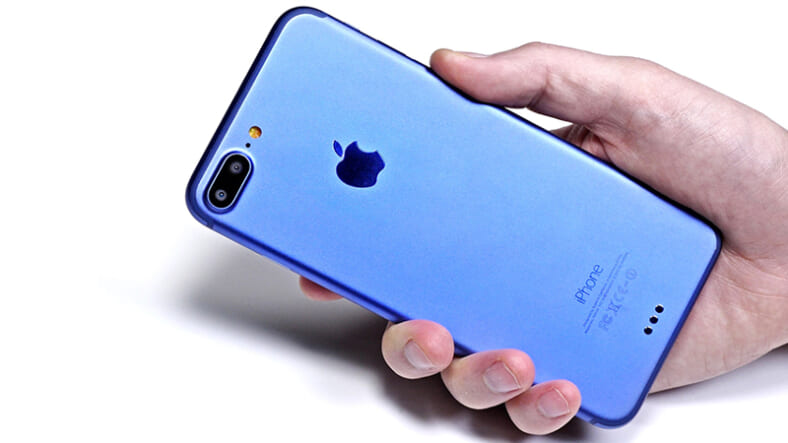 There’s an interesting reason why Lewis Hilsenteger, who produces the highly popular Unbox Therapy YouTube channel, was sent a mockup of the iPhone 7 Plus (also referred to as the Pro model) that’s coming out next month.It was sent by Chinese audio company BeSound, which just so happens to have an Indiegogo campaign raising funds to produce Thunder, noise-cancelling earbuds with a Lightning tip. In other words, the perfect audio accessory for a phone that (as it appears in the video) has two sets of speakers and a Lightning connector but no audio jack on its lower edge. Watch the video here:

We won’t spoil any of the other details and interesting features shown in the clip. But since you can already see the azure hue in image above, we will say that it’s about time Apple offered a bold blue look in its smartphone line.Of course, we’re not even sure how closely this cleverly crafted prototype will actually resemble the iPhone 7 Plus that Apple releases several weeks from now—or whether they’ll even call it a 7 or a Plus. But it’s certainly pretty convincing looking.