The future is here, and it’s terrifying. 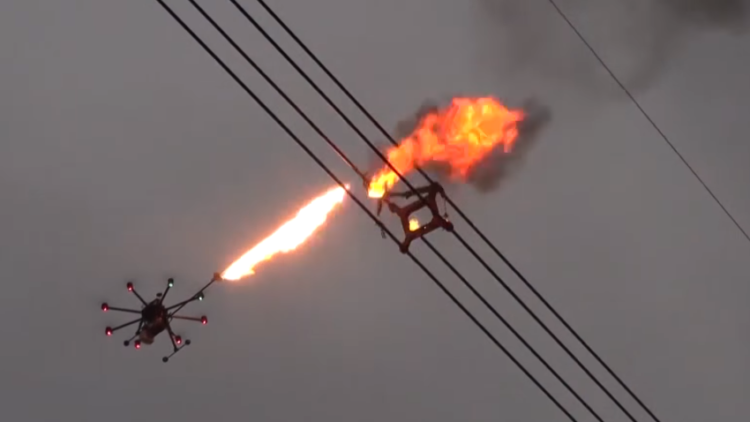 Someone decided to use a drone with a flamethrower to clear debris from power lines and now my life is complete pic.twitter.com/rVJKgrlbLK

Drones, man. Has there ever been a term that defines such a wide variety of aerial vehicles? You’ve got military drones which rain death from the skies on the enemy, hobbyist drones which rain annoying noises down on the neighbors, and now flamethrower drones—which apparently set Twitter on fire.

The above video recently spread like wildfire (get it?) through social media, even though it’s about a year old. It shows a drone run by an electric company burning what looks like the remains of a hot-air balloon or a parachute from power lines.

It’s probably freaking people out because it pretty much says, hey, this is what you can do with a commercially-available drone, and that acts as a challenge to makers out there to try and build their own. And maybe burn down their neighbor’s house or scorch the fur off their dog or something.

Thing is, these intimidating things aren’t new in China at all. The video below is from 2017—as is a maker’s footage of the drone he was inspired to create at home that can do the same thing.